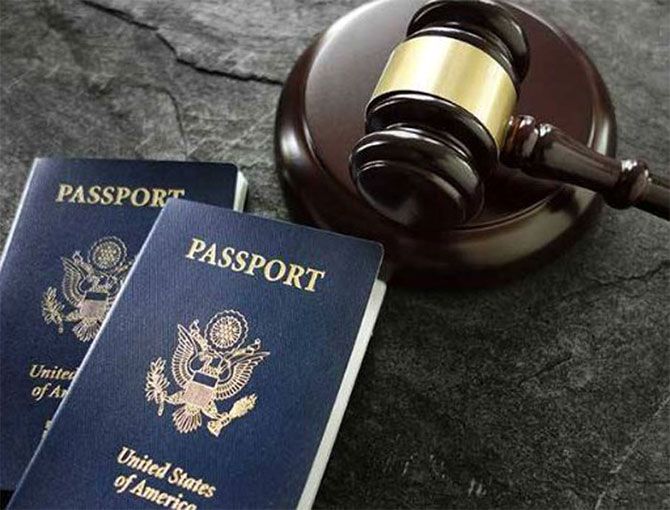 The United States has started accepting applications for H-1B visas, considered as the most sought-after work visa among highly skilled Indian professionals, amidst unprecedented scrutiny by the Trump administration.

The USCIS had earlier indicated that there will be zero tolerance by it for even minor errors.

As of now, the USCIS has not indicated if it plans to go for a computerised draw of lots as has been the case in previous years after receiving several times more than the Congressional mandated cap of H-1B visas.

A leading advocacy group representing the tech industry including Mark Zuckerberg's Facebook said that it expects number of H-1B petitions to reach the Congressional mandated caps in coming days. As a result of which the USCIS would again resort to a computerised draw of lot to determine successful applicants, it said.

"Within a few days we expect that the H-1B visa lottery will reach the annual cap, as it has for the past six years, highlighting the overwhelming demand for this visa category,” FWD.us president Todd Schulte said.

The H1B visa is a non-immigrant visa that allows US companies to employ foreign workers in speciality occupations that require theoretical or technical expertise. The technology companies depend on it to hire tens of thousands of employees each year from countries like India and China.

The H1-B visa has an annual numerical limit cap of 65,000 visas each fiscal year as mandated by the Congress. The first 20,000 petitions filed on behalf of beneficiaries with a US master's degree or higher are exempt from the cap.

"There are many ways in which our immigration system is broken and in need of comprehensive reform; fixing our legal and high-skilled immigration system, including protecting the H-4 rule and eliminating country caps for green cards, will ensure the US can maintain our global competitive advantage,” Schultz said.

Observing that immigration has always been a source of strength for America's economy, Schultz said H-1B visa is a "key part of the high-skilled immigration" system that needs to be reformed to allow the US to remain the centre for global innovation.

"We should make it easier for the best and brightest to come from around the world while also cracking down on bad actors,” Schultz said, voicing his concern over the recent move to tighten the H-1B application approval process.

"H-1B visa holders create jobs and raise wages for native-born Americans by bringing their ingenuity and entrepreneurial spirit to the science, engineering, and tech sectors, creating American jobs and benefiting thousands of businesses and countless communities across the country,” he said.

"Reforming and expanding high-skilled immigration is an important part of a broader fight to protect legal immigration avenues," Schultz said.

Ahead of the H-1B visa filing process, the USCIS had said this work visa should help US companies recruit highly-skilled foreign nationals when there is a shortage of qualified workers in the country.

"Yet, too many American workers who are as qualified, willing, and deserving to work in these fields have been ignored or unfairly disadvantaged. Employers who abuse the H-1B visa programme may negatively affect US workers, decreasing wages and opportunities as they import more foreign workers," it had said.