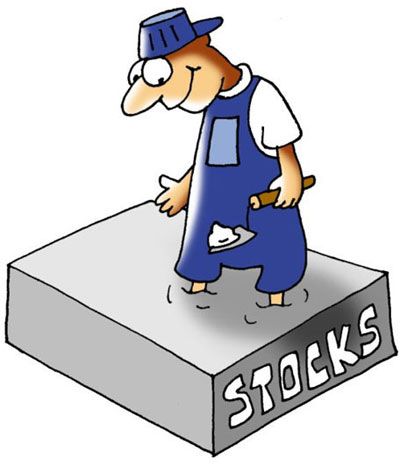 'The true fruits of the attack on black money, what Raghuram Rajan did for the banking system, and what technology is doing for us will come in FY19, which, not surprisingly, is the year running up to the next Lok Sabha elections.'

'I expect at least half of today's Sensex companies to be out of the index in the next decade as the structure of the economy changes and the informal sector gradually dies away or becomes much smaller.'
Illustration: Uttam Ghosh/Rediff.com

To help understand the nuances of a steep downward revision of GDP estimates, Saurabh Mukherjea, CEO of institutional equities at Ambit Capital, met up with Hamsini Karthik/Business Standard at a noisy Starbucks outlet at the Bandra Kurla Complex, northwest Mumbai.

Surprisingly, he sounded more positive on the India growth story now than he was six months ago and says the ongoing correction is opportunity to buy frontline stocks:

What caused you to trim your GDP estimates?

Given the sheer magnitude of demonetisation programme, the current quarter looks to be one where the economy shrinks.

In the subsequent March quarter, we come back to growth rather than de-growth, though it could be a modest growth.

So in the second half of FY17, we have a half per cent growth.

Next year is the introduction of GST and one where benami transactions in gold and real estate get attacked.

So in FY18, I expect growth to recover more substantially to 5.85.

The true fruits of the attack on black money, what Raghuram Rajan did for the banking system, and what technology is doing for us will come in FY19, which, not surprisingly, is the year running up to the next Lok Sabha elections.

How will markets react to uncertainties?

What's happening in India today and the world is very similar to what happened in the early 1990s.

India liberalised its economy in 1991 and the Berlin Wall came down through 1989 and the eastern European countries and Russia opened up to the West after that.

One of the big turning points in the history was the end of Communism in the early 1990s and the embrace of free market capitalism.

Exactly 25 years after 1991, we have a reset in India, led by an aggressive prime minister and in the US and Europe we have the rise of populist leaders.

This means a big deal for Indian stock market.

I expect at least half of today's Sensex companies to be out of the index in the next decade as the structure of the economy changes and the informal sector gradually dies away or becomes much smaller. 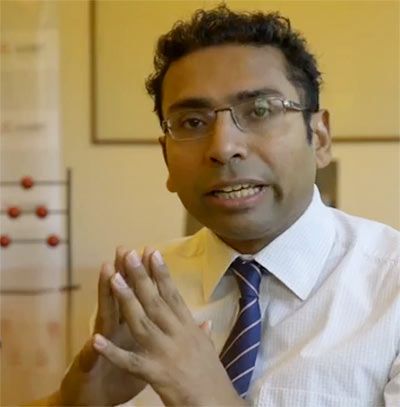 What are you telling investors?

While we all love to time the market, it's very hard to call the bottom.

As the tax arbitrage in jewellery and real estate reduces and taxation in these assets becomes more punitive than the taxation on stocks, the arbitrage only swings in favour of the stock market.

So, while the underlining earnings number may be sub-par, I don't think it will deter the high net worth individuals.

Thus, even with weak economic growth, we will see Indian market trading at fairly rich valuations.

I'm admitting to my clients that market-leading franchises may not undergo a major correction and, hence, they may be better off participating in the current correction than wait for a bottom as our fear is that bottom might never come.

Will this correction bring back foreign institutional investors?

The bulk of the FII sell-off was triggered by FII uneasiness on valuations of the Indian market.

So the FII sell-off is not about them being worried about the structural changes by domestic developments.

Valuations are gradually correcting, and at our desk we note that the quantum of FII selling has abated in the past couple of days.

So, in the first two weeks if the DIIs haven't seen redemptions, I don't think redemptions are likely to come.

Your stance on Indian equities is a lot more positive than what was six months ago...

The reason we've been worried about the Indian economy over the past couple of years is that we seemed to be in minority in understanding the scale of changes that were going to transpire under the new government.

We were saying there is no big GDP growth recovery through most of 2015 and 2016.

But, routinely when the consensus was so bullish and the reality is bearish, you are naturally cautious on the outlook.