The Securities Appellate Tribunal has stayed a Sebi order that barred Franklin Templeton's Asia Pacific head Vivek Kudva and his wife Roopa from the securities market for one year. 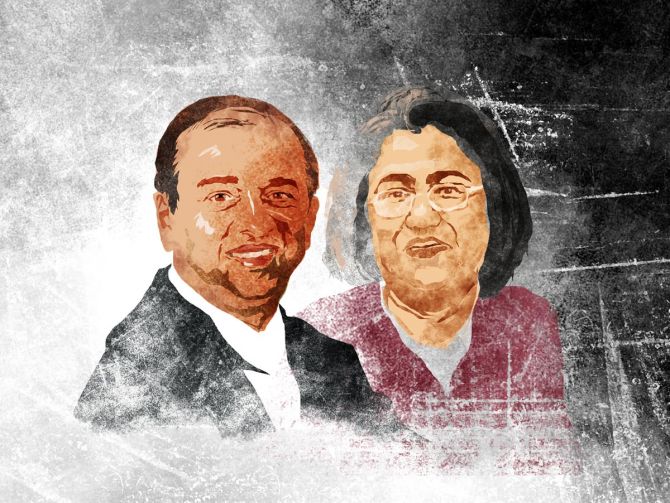 Securities and Exchange Board of India, last month, imposed a market ban on the couple for redeeming units of Franklin Templeton Mutual Fund schemes while in possession of non-public information.

Based on the non-public information, they redeemed their units during March 20-April 8, 2020, before the closure of the units on April 23, 2020, Sebi noted.

The charge against the couple is that they redeemed their mutual fund units when the schemes were facing significant redemption pressure and eventually those schemes were wound up on April 23, 2020.

Also, the regulator levied a total penalty of Rs 7 crore on the couple. Besides, they were asked to jointly and severally transfer Rs 22.64 crore redeemed of Franklin Templeton MF schemes to an escrow account.

Pursuant to this, the Kudvas filed an appeal in the tribunal against the Sebi's order.

In an order on Thursday, the SAT said the Sebi order "shall remain stayed during the pendency of the appeal. In so far as the direction to keep the redemption amount in an escrow account, the said direction will continue".

With regard to the penalty, the tribunal directed them to deposit 50 per cent of the penalty amount within three weeks.

The tribunal has given four weeks to Sebi to file a reply and a rejoinder may be filed within four weeks thereafter. The matter has been listed for August 30, 2021.

Sebi, in its order, found that the couple had cumulatively redeemed units amounting to Rs 30.70 crore while in possession of material non-public information.

"The noticees (couple) by redeeming their units ahead of the other investors have enjoyed an unfair advantage by having access to their investments; whereas the unit holders who remained invested were left in the lurch as their investments were locked up for a considerable amount of time," Sebi had said.

In such a scenario, the regulator had said it was appropriate to place the couple (with respect to their investments in the two schemes) in a similar position, to that of the unitholders who had remained invested.

The amount of Rs 22.64 crore to be transferred to the escrow account will be released in tranches to the couple in the same proportion as the cash distributed to the unitholders (pursuant to the winding-up process), taken as a percentage of the AUM of the two schemes as on the date of the decision to wind up the schemes --. April 23, 2020.

If, on the other hand, on completion of the winding-up process, any additional amounts remain in the escrow account, the same will be transferred to the Sebi Investor Protection and Education Fund.