India's service sector proportionately much larger than China's, while its investment and industrial-production shares are much lower 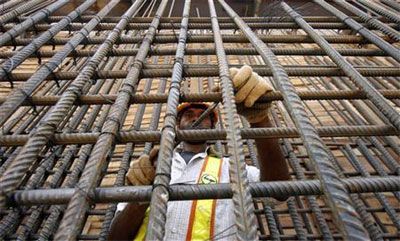 India is quietly assuming the mantle of fastest-growing major emerging-market economy, but it is too small on economic parameters to replace China as a new global growth locomotive, a new report says.

According to global financial services firm BNP Paribas, the hope that India can replace China as a key locomotive of global demand is "misplaced".

China posted a 6.9 per cent GDP in the third quarter of this year to register its weakest growth since the 2009 global financial crisis. India is projected to grow faster than China in the near future.

"Those hoping that a more buoyant India can effectively replace the ailing Chinese economy as a new global growth locomotive are likely to be disappointed, however, at least for the foreseeable future," BNP Paribas said in a research note.

"Although India is fast approaching China in terms of absolute population, its much lower living standards mean its economy is around five times smaller than China's. At market prices, Chinese GDP was a little over $10 trillion in 2014, while India's was just over $2 trillion," it added.

Moreover, the structure of Chinese and Indian economies are also very different.

India's service sector is proportionately much larger than China's, while its investment and industrial-production shares are much lower, it said.

The report noted that infrastructure investment has surged to more than 20 per cent of Chinese GDP, but it is still in the single digits in India. Given the respective sizes of the two economies, China's annual spending on infrastructure in $terms is more than ten times India's.

India's commodity demand has been about ten times smaller -- it consumed around 80 million tons of steel in 2014 as against China's 800 million tons.

"Accordingly, while India may be slowly usurping China in terms of overall GDP and industrial production growth, it cannot realistically act as a meaningful offset to peaking Chinese demand for industrial commodities as its epic investment cycle inevitably flattens out," the report noted.

There can be little doubt that the Indian economy is increasingly on an upward arc and as the Chinese economy continues to slow, India is quietly assuming the mantle of fastest-growing major emerging-market economy, concerns about its revised national accounts notwithstanding, it said.