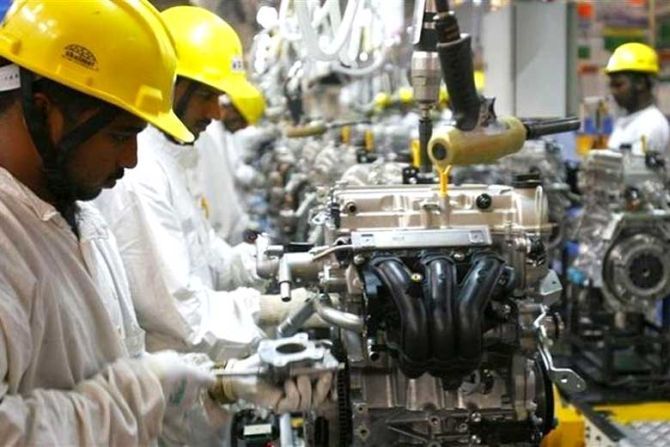 Companies will soon not require multiple registrations, as they do now under a plethora of labour laws, because the government has proposed one licence, one registration, and one return for establishments.

This is part of a major labour law reform proposed in Parliament on Tuesday.

The Code on Occupational Safety, Health and Working Conditions (OSHW), 2019, introduced by Labour and Employment Minister Santosh Kumar Gangwar in the Lok Sabha on Tuesday, has proposed one registration for an establishment.

The proposed Bill seeks to consolidate 13 labour laws, including the Factories Act, 1948, and the Contract Labour (Regulation and Abolition) Act, 1970.

At present, under these 13 laws, an establishment is required to do six registrations.

“This will be a big step towards promoting ‘ease of doing business’. The Bill has proposed provisions for online and deemed registration for establishments.

"This will save resources and efforts of employers,” said a senior government official.

Once an establishment is registered under the Code on OSHW, it will not require any other registrations for labour law compliance and this will be incorporated in the other two proposed labour law codes, too, according to the official.

An establishment will require a single registration instead of around 10 required to be done for all labour laws, a move that may help India bolster its “ease of doing business” ranking.

India is ranked 77th on the World Bank’s Ease of Doing Business Index.

Significantly, the Code on OSHW will cover all establishments hiring at least 10 workers, including those in services sector, thereby bringing the information technology sector within its ambit.

“… [T]he code enhances the ambit of provisions of safety, health, welfare and working conditions from existing about 9 major sectors to all establishments having 10 or more employees,” an official statement issued by the ministry of labour and employment said.

The government has proposed a single all-India licence with five years validity for companies to execute various projects involving contract workers, across the country.

At present, for each work order, a firm is required to obtain separate licences.

However, employers will have to make a certain security deposit with the government at the time of obtaining such licence and specify the number of contract workers it might require.

In case an employer wants to hire more contract workers, it will have to go back to the government to renew the licence and make an additional deposit.

The government has further proposed a single return for employers instead of having to file separate returns for employers under seven of the 13 labour laws.

“The provision of one licence and one return in place of multiple licences and returns in existing 13 labour laws subsumed in this Code to save time, resources and efforts of establishments,” the statement said.

In a bid to address the issue of “inspector raj”, the Centre has proposed assigning “inspector-cum-facilitators” outside their jurisdiction “through randomised computer system”.

“The move to delink inspectors from special geographical regions usually assigned to them under the present system will discourage the nexus between inspectors and employers in that particular region,” the official explained.

The number of labour law provisions will reduce from 622 to 134 under the proposed code.

“This would result in simple legislation with flexibility in changing the provisions in tune with emerging technologies and makes the legislation dynamic,” the government said.