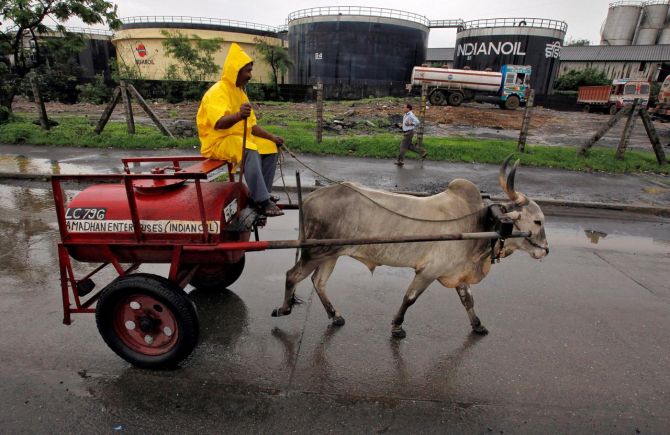 The companies plan to have at least 500 doorstep fuel delivery vehicles by the end of this financial year (FY20).

“The response to doorstep delivery of fuel is very good and we are trying to expand this by factoring in both safety and regulation,” HPCL chairman and managing director M K Surana told the media recently.

Though companies currently have clearance only for diesel, the Petroleum and Explosives Safety Organisation (PESO) is expected to give clearance for petrol soon, he added.

According to official data, doorstep delivery of diesel is currently available in 35 cities - with IOC availing the service in 15, BPCL in 13 and HPCL in seven.

According to the norms, customers ordering more than 2,500 litres should have a PESO licence.

Licences for fuel delivery in four cities by IOC, 10 by BPCL and six by HPCL are expected soon.

Based on the data available with OMCs, doorstep delivery of diesel in areas with more industrial activities like Navi Mumbai has touched over 150 kilo litre per month.

Other major cities with the facility include Jorhat, Chennai, Bengaluru, Delhi and Udaipur.

Fuel is delivered to customers with the help of small vehicles with dispensing machines attached to it.

Based on an International Energy Agency estimate, India’s diesel demand is likely to touch 163 million tonne (mt) by 2030.

Looking at this growth, the OMCs had invited bids to allocate fuel retail outlets across 78,500 locations in the country and had received responses from dealers in 95 per cent of the locations.

Of this, letters of intent have been provided to 9,100 outlets so far.

The addition of outlets will more than double the number of fuel pumps in India from 64,976 reported in June.