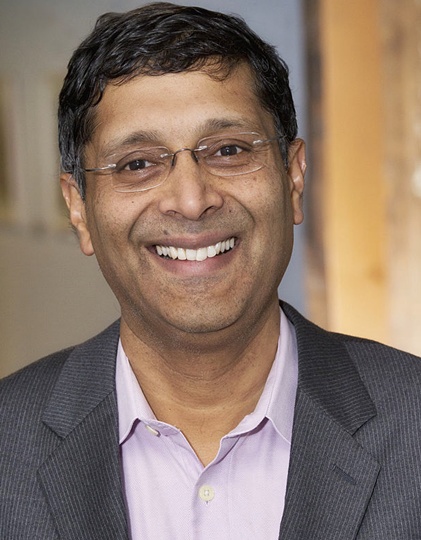 Foreign Policy magazine named him as one of the world's top 100 global thinkers in 2011.

Arvind Subramanian is a senior fellow at the Peterson Institute for International Economics and at the Center for Global Development, US.

Prior to that, he was assistant director in the International Monetary Fund's research wing.

He has written extensively on issues relating to growth, trade, development, institutions, India, Africa and the World Trade Organization (WTO). Subramanian has also advised the Indian government in various capacities.

He was a member of the finance minister's expert group on the G20. Foreign Policy magazine named him as one of the world's top 100 global thinkers in 2011.

He has been critical of the Indian government's recent decision to block the WTO agreement.

A St Stephen's College alumnus, he pursued Master of Business Administration from the Indian Institute of Management at Ahmedabad. He completed his M.Phil and D.Phil from Oxford University, UK

ON THE IMPACT OF US FEDERAL RESERVE MONETARY POLICY
February 1, 2014, Bloomberg (with Dani Rodrik)

Heads of state and central bank governors allege the policies of central banks in industrial countries, especially the US Federal Reserve, pursued in self-interest, are wreaking havoc on emerging-market economies. This allegation is mostly unfair. Emerging markets aren't hapless and undeserved victims; for the most part, they are simply reaping what they sowed

ON EMERGING ECONOMIES
October 11, 2013, Business Standard (This is an elaborated version of a piece that appeared earlier this week in the Financial Times)

A changing external environment, while significant in the short run, should not be what keeps emerging market policymakers awake at night. To cry over fleeing hot money or declining commodity prices is to lament the unlament-worthy

ON DEFENCE OF THE RUPEE
October 17, 2013, Business Standard

Now what will it take to bring down inflation? A pre-condition, of course, is that fiscal deficits (actual not accounting, current not future), and especially spending, need to be brought under greater control

Giveaways and subsides are not just the preserve of the Congress. Bharatiya Janata Party and non-BJP governments in the states embrace them, too

ON CLIMATE CHANGE
November 24, 2012, Business Standard (with Aaditya Mattoo) (This is a slightly elaborated version of a piece that previously appeared in the Financial Times)

Our proposition would replace the current approach to climate change cooperation, which relies on the West offering cash (which it does not have) to developing countries for cuts (that they are anyway unwilling to make). It is China, and eventually other developing countries, that must offer inducements

ON NARENDRA MODI
April 5, 2014, Business Standard (This is an elaborated version of a piece that appeared in the Financial Times on April 2)

A Prime Minister Modi will expose a paradoxical tension between his mandate and mission. His electoral appeal is based on his ability to wield power, ruthlessly if necessary. His success in governing the economy will depend on coming to grips with, and making the best of, highly circumscribed power.

COMPARING MODI WITH DENG XIAOPING
Speech at the Rotary Club of Madras in May, Scroll.in

Firstly, Modi represents a decisive break from dynasty rule, as Deng Xiaoping broke with the madness of Mao Zedong's ideology. Other things that make me think further on this are Modi's decisiveness, pragmatic approach and the obsession to get things done, like the Chinese reformist leader. Also, what strikes me as a parallel between the two is the kind of long-term horizon for their countries. Of course, the other parallel is that both of them have baggage

ON THE BUDGET
July 12, 2014, Peterson Institute of International Economics

In substance, this was a Budget prepared by incumbent bureaucrats, not incoming politicians. It represented continuity-which surprisingly was endorsed by much of the post-Budget commentary-when the need of the hour was change 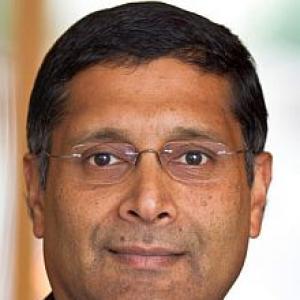 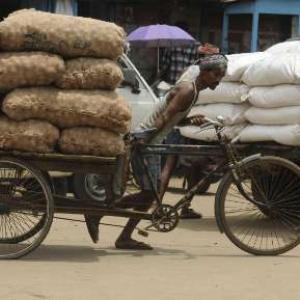