The wait for the new iPhone is over as the tech giant Apple officially launched its latest line-up of iPhones -- iPhone 13, iPhone 13 mini, iPhone 13 Pro and iPhone 13 Pro Max on September 14. "Customers in Australia, Canada, China, Germany, India, Japan, the UK, the US, and more than 30 other countries and regions will be able to pre-order iPhone 13 Pro and iPhone 13 Pro Max...availability beginning Friday, September 24," Apple said in a statement.

The phones will also be available through Apple Authorised Resellers and select carriers, the statement said.

"Our Pro lineup pushes the limits with our most advanced technologies for users who want the very best iPhone.

"This year, we build on that in a major way," Apple CEO Tim Cook said during the launch event on late Tuesday night. 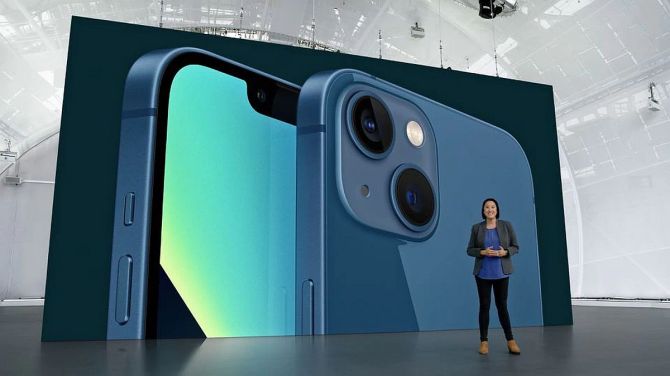 "However, we believe that it's the iPhone 12 series that is likely to gain traction in India and take on the baton from iPhone 11, that until last quarter captured around 60 per cent of the overall iPhone sales.

"Apple is likely to capture a 2.4 per cent share in the coming Q4 2021 and will end the year as its highest ever crossing 4 million shipments," he added.

Pathak noted that the share of the new iPhone within overall Apple sales during the launch quarter increases year-on-year and this year too, it will be the same - driven by iPhone 13.

Apple continues to go aggressive on trade-ins as well, he added.

"We think that iPhone 12 too will benefit from the price cut the most, even better than iPhone 11, and is likely to be the best seller for the festive season.

"This will also help the premium to reach a record share of the overall smartphone market in India with Apple likely to lead in the launch quarter," Pathak said. India is among the key growth drivers for Apple.

Strong double-digit growth in markets like India and Latin America had helped the iPhone maker report double-digit revenue growth at $81.4 billion - a new record for the June quarter.

The company does not provide country-specific numbers.

In the past, Apple has talked about plans of setting up brick-and-mortar outlets in India in addition to its online store.

India is among the biggest smartphone markets globally and logging strong growth rates.

Smartphone shipment in India grew by 82 per cent in the June 2021 quarter from the year-ago period to over 33 million units.

The premium segment - although small - has been growing at a strong pace. 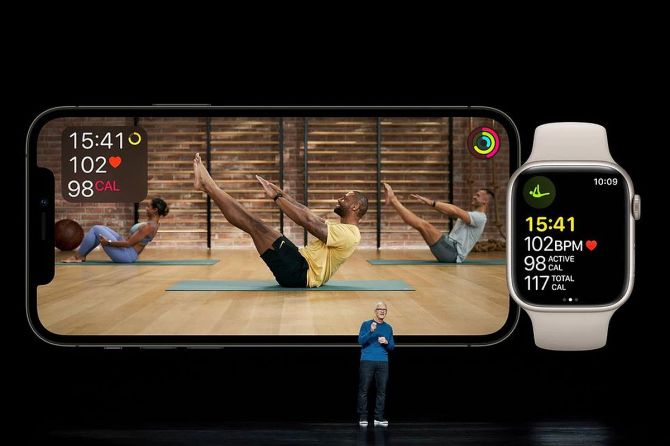 Devices priced under Rs 15,000 account for a significant volume share of the Indian market. Xiaomi (including POCO) accounted for a 28.4 per cent share of June quarter shipments, followed by Samsung (17.7 per cent), Vivo (15.1 per cent), Realme (14.6 per cent) and Oppo (10.4 per cent), as per data from research firm Counterpoint.

“iPhone 13 Pro and iPhone 13 Pro Max make up our most pro-iPhone lineup ever with the biggest advancement for our camera system, the best battery life ever in an iPhone, and the fastest performance of any smartphone, setting a new standard for iPhone and enabling incredible experiences never before possible,” Apple senior vice president of worldwide marketing Greg Joswiak said.

"The Super Retina XDR display with ProMotion is our best display ever; it intelligently responds to the content on your screen, offers fantastic graphics performance, and is perfect for any viewing experience,” he said. 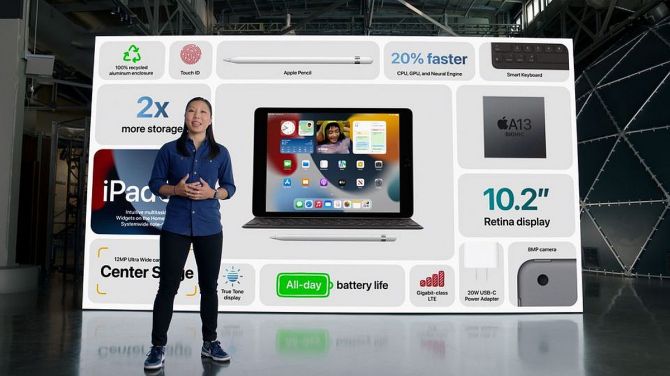 Apple has also introduced the new iPad (9th generation), featuring an A13 Bionic chip that packs even more performance and capability into the most popular iPad, all while retaining its all-day battery life.

The new iPad, priced at Rs 30,900 onwards, is available to order from Apple's website and will be available in stores from September 24.

“iPad has never been more essential for working, learning, and communicating, and we're excited to bring one of the biggest updates ever to our most popular iPad. “With the powerful A13 Bionic, more engaging video calls with Centre Stage, and double the storage, the new iPad delivers advanced capabilities, versatility, and simplicity at an incredible value,” Joswiak said.

A new iPad mini - with an 8.3-inch Liquid Retina display - will be available from September 24 and priced at Rs 46,900 onwards.