News
Business
Movies
Sports
Cricket
Get Ahead
Money Tips
Shopping
Sign in  |  Create a Rediffmail account
Rediff.com  » Business » In a first, a robot will perform angioplasty in Ahmedabad hospital

In a first, a robot will perform angioplasty in Ahmedabad hospital

The procedure, however, would cost around Rs 75,000-100,000 more than conventional angioplasty. 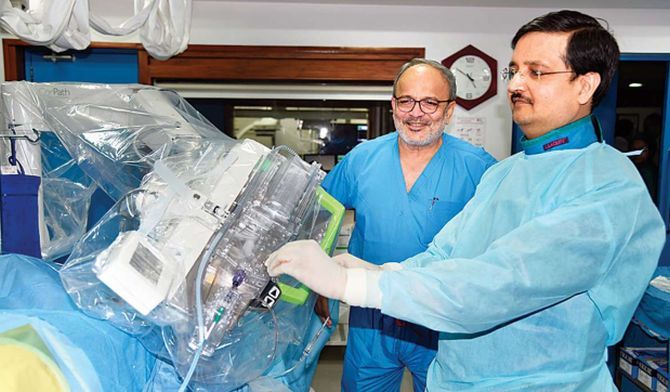 In a move that can potentially change the way cardiovascular diseases are treated in India, Ahmedabad-based Apex Heart Institute (AHI) has introduced the robotic-assisted angioplasty system in India for the first time.

In simple words, a robotic arm would conduct angioplasties on cardiac patients with an accuracy of sub-one millimetre (mm), against a maximum possible 5-10 mm in case of humans.

In a country that conducts 500,000 angioplasties in a year and an estimated 50 million patients are suffering from coronary artery disease, the move may have significant implications in terms of success rates, patient access to the surgical process.

Affordability, however, remains a question as the procedure would cost around Rs 75,000-100,000 more than the conventional angioplasty.

The future of the technology, that has taken 12 years to perfect by engineers at the US-based Corindus, (the heart pumps as against other organs which remain still), lies in extending it to remote location surgeries.

This would significantly improve the accessibility to patients and widen the net - an estimated 3.5 million patients need angioplasty in India.

Already, Corindus Vascular Robotics has started working with the Mayo Clinic to launch pre-clinical studies exploring the use of tele-stenting, a robotic treatment for coronary interventions, which can be operated by physicians in remote locations.

The US-based surgical robotics company has recently said there was a global shortage of percutaneous coronary interventions (PCI)-capable operators and tele-stenting could emerge as the solution to take the therapy to rural areas.

Tejas Patel, a Padmashree awardee and a clinician known to have conducted about 100,000 cardiac procedures and interventions, and the chairman and chief interventional cardiologist at AHI has conducted over 50 angioplasties in the last month.

AHI is the first and so far the only clinic in India to commercially introduce the CorPath GRX - a vascular robotic system for coronary artery interventional procedures.

It is, in fact, the first such clinic outside the US. "Only eight centres in the US now have this technology. Outside the US, we are the first to have it in India.

The US FDA-approved CorPath machine costs around $1.5 million and the system has built in artificial intelligence (AI) which helps cardiologists make better clinical judgements.

Riyaz Desai, managing director of MicroPort India - the sole supplier of CorPath GRX in India - said they had tied up with AHI to provide training to other doctors across India and emerge as the Global Centre of Excellence.

They plan to train at least 100 doctors in the first year. Patel has already trained over 5,000 cardiologists on angioplasty or stenting through the wrist artery (called transradial access technique pioneered by him). 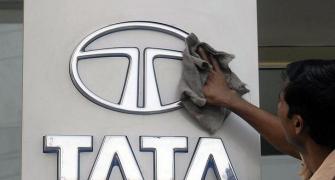 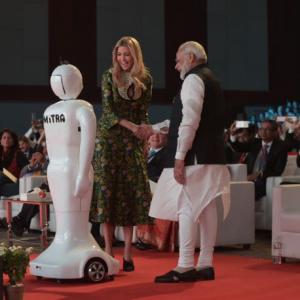 Mitra, the robot, steals the show from NaMo, Ivanka 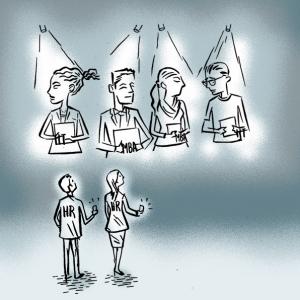