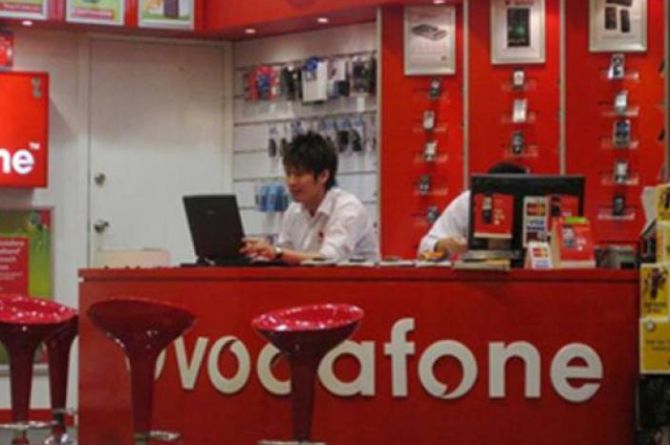 Read confirmed to have received the letter approving the merger.

"We are happy to receive the letter," Read said.

There have been speculation that Idea Cellular and Vodafone may challenge in court the demand of Rs 3,976 crore for one time spectrum charge of Vodafone India, and joint bank guarantee of Rs 3,342 crore sought by DoT before it grants final  approval for the merger.

Vodafone executives did not respond to queries over their plans to make payment and furnishing bank guarantee.

Vodafone CEO Vittorio Colao, who will remain in office till October, said: "Yes. I am optimistic" that the new entity, to be named Vodafone Idea Ltd, will be in place before he demits the office.

When asked for plans of the British telecom firm post the new entity comes in place, Read said: "We have always been a strong investor in India. We will remain that."

The combined operations of Idea and Vodafone will create the country's largest telecom operator worth over $23 billion (or over Rs 1.5 lakh crore), with a 35 per cent market share and a subscriber base of around 430 million.

Debt-ridden firms Idea and Vodafone India are in process of merging their businesses in India as it is expected to bring down cost of their operations and give them relief from cut-throat competition in the market where margins have hit rock bottom with free voice calls.

Vodafone Idea will have the capacity to provide 4G spectrum in all telecom circles of the country. According to a presentation by Idea, the combined 4G spectrum of both the companies are capable of offering up to 450 megabit per second broadband speed on mobile phones in 12 Indian markets.

The combined debt of Vodafone India and Idea is estimated to be around Rs 1.15 lakh crore.

Vodafone will own 45.1 stake in the combined entity, while Kumar Mangalam Birla-led Aditya Birla Group will have 26 per cent and Idea shareholders 28.9 per cent.

The Aditya Birla Group has the right to acquire up to 9.5 per cent additional stake from Vodafone under an agreed mechanism with a view to equalising the shareholdings over time.

Balesh Sharma will be the new CEO of the merged entity. Idea's chief financial officer Akshaya Moondra will head the financial operations of the new entity as its CFO. Ambrish Jain, currently the deputy MD at Idea Cellular, is set to become the new chief operating officer.