The Army signed a $20-million deal with the Infosys-backed drone maker recently. ideaForge competed with the likes of Tata Group, Dynamatic Technologies, and Israel’s Elbit. 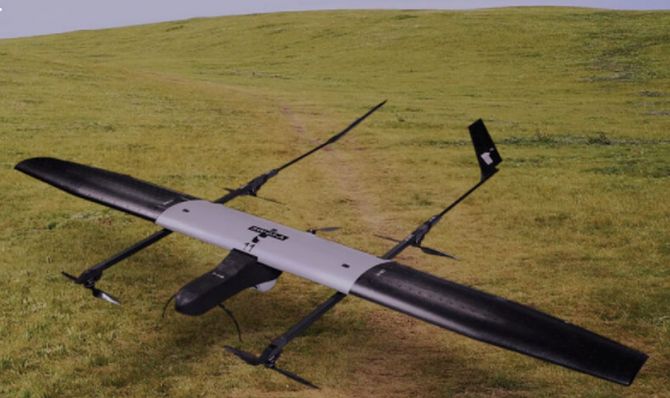 When Indian and Chinese forces were engaged in Ladakh last year, the Indian Army realised it needed better vigilance.

The army floated an order for a large number of unmanned aerial vehicles, popularly called drones.

Recently, the army signed a $20-million contract with home-grown drone maker ideaForge, to procure undisclosed quantities of a high-altitude variant of SWITCH UAV, an indigenous system used in surveillance operations.

While the Indian armed forces have inducted ideaForge drones in the past, this is, by far, the biggest single order the company has landed.

Founder Ankit Mehta, an IIT alumnus who started ideaForge in 2008, while in college sees this as a victory of the military’s indigenisation attempts, one which will improve trust in made-in-India equipment.

Buoyed by the order, Mehta is now in talks with foreign military forces for his products.

“When we went for the trial, it turned out, we were the only one to fulfil the operational need that includes functioning in tough mountainous regions but doing it from a fairly large distance from the base location, with very high-quality imagery,” Mehta said.

ideaForge competed with the likes of Tata Group, Dynamatic Technologies, and Israel’s Elbit.

“We customised our product, the requirement of which came up after the tension at the China border.

"Since we have been developing this technology for a long time, we were confident of meeting the military’s expectations, mainly of it being lightweight and the quality of the imagery,” he said.

This is crucial, as India’s drone market is primarily flooded by Chinese drones.

“Without complete control of technology, it is not possible to customise a product in a short time.

"The companies that have higher control of their technology will be able to deliver it better.

"The airframe, autopilot is our software. We also build the control station and communication systems,” Mehta said.

The company, backed by marquee institutional investors such as WRVI, Infosys and Qualcomm, is open to looking for a new source of funding to expand product portfolio.

“We can look at like-minded investors. We believe that any amount of support is going to help us take the next leap,” he said.