Chatterjee said the compNY is not aware of any major client concerns at this point.

IT firm Mindtree on Friday said its new management has been engaging actively with customers and employees after Larsen and Toubro (L&T) acquired over 60 per cent stake in the company.

Mindtree, which has named former Cognizant executive Debashis Chatterjee as its new CEO and managing director on Friday, said it is not aware of any major client concerns at this point. 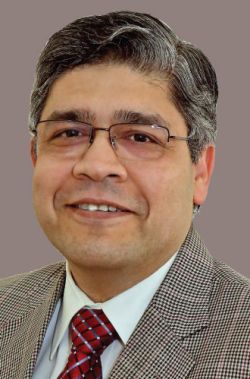 Highlighting that L&T is a well-known name, Mindtree board vice-chairman S N Subrahmanyan told reporters in Bengaluru that clients of the IT firm can be assured of benefits that will accrue to Mindtree after L&T coming in as a promoter.

While Chatterjee is taking on the role of CEO, Mindtree has also appointed L&T's chief executive officer and managing director S N Subrahmanyan as its non-executive vice-chairman.

"Mindtree, a L&T Group company announced the appointment of Debashis Chatterjee as the CEO & MD of Mindtree Ltd.

“He has been inducted into Board of Mindtree Ltd with a mandate to lead the company into its next phase of growth," Mindtree said in a statement.

Prior to joining the Bengaluru-based company, Chatterjee was president, Global Delivery and Global Leader for the Digital Systems and Technology practice at Cognizant.

Commenting on the appointment, L&T Group chairman A M Naik said Chatterjee's diverse experience and strong client focussed approach will take Mindtree to the next level of growth and create enormous value to all the stakeholders.

The construction major, which operates three IT entities L&T Infotech, L&T Technology Services and L&T Nxt, has promised to run Mindtree as a separate entity and operate it at an arm's length.

The infrastructure giant had bought 20.32 per cent shares in Mindtree from late V G Siddhartha and his coffee enterprise for over Rs 3,000 crore in March.

Later, it shored up its holding with more share purchases from the open market, before making an open offer for an additional 31 per cent stake, taking its shareholding to over 60 per cent.

Following that, Mindtree founders Krishnakumar Natarajan, Parthasarathy NS and Rostow Ravanan resigned from the board and their executive roles, paving way for the new promoter to make appointments.

Natarajan was serving as chairman, Parthasarathy NS as vice-chairman and Ravanan was the CEO at that time.

Chatterjee, who has been appointed for five years till August 1, 2024, will operate out of Mindtree's office in Bengaluru.