Analysts at rating agency ICRA say the debt level of the telecom companies is very high and the ecosystem for the premium band is not in place. 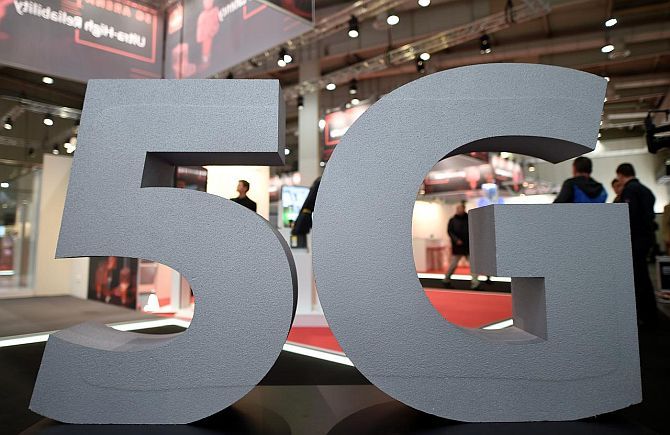 Forget 5G spectrum. Even the premium 700 megahertz (MHz) band may find few takers in the upcoming spectrum auctions since the network equipment and handset compatibility with the premium band are not in place, not to mention the highly leveraged companies shying away from further investments.

Analysts at rating agency ICRA say the debt level of the telecom companies is very high and the ecosystem for the premium band is not in place.

It is best, therefore, to expect scant interest in the sale of airwaves in the 700 MHz band.

“The balance sheets of the telecom companies have to be deleveraged and the pricing ability of the firms has to come back for the sale of the premium band to be a success,” an ICRA analyst said.

Besides, both Vodafone Idea and Bharti Airtel have excess spectrum in other bands and don’t need 4G spectrum.

They can make do with renewing the licences for the existing airwaves to meet their requirements.

From the point of view of devices, the ecosystem for 4G airwaves is not in place, as people have still not migrated to 4G or even smartphones.

“From the customer’s point of view, there are no used cases.

"There are no handsets available that are compatible with the premium band,” said the ICRA analyst.

Even though the spectrum is neutral and can be deployed for any services irrespective of the band, the equipment and other devices require more sophistication to suit the premium 700 MHz band, considered so because of its better indoor penetration.

Experts feel that the companies’ spending on new equipment and network deployment will be huge and at the moment they simply aren’t ready or willing.

Unless the penetration of the premium services is addressed, it will not serve the desired purpose.

The mobile service providers will now only buy the spectrum when their licences are close to expiring in the near future.

“If a company’s majority spectrum is in the 900 MHz band, it would be keen on buying more spectrum in that band for better contiguity of services or only those airwaves where its spectrum is about to expire.

"Currently, the companies do not have the appetite to buy spare spectrum for the future,” said Rajan S Mathews, director general, Cellular Operators Association of India.

The premium 700 MHz spectrum went unsold in the 2016 spectrum auctions because of its price.

The bidders thought it was overpriced and demanded a reduction in its base price from the Telecom Regulatory Authority of India (Trai).

“It is still very expensive and the ecosystem is not in place.

"There are only a handful of used cases in that spectrum and that too in the US and South Korea, none in India,” said a company executive.

Given that the average revenue per user is Rs 74, according to the latest Trai data, then why, he asked, should telecom companies make such hefty investments when the return on investment is likely to be lukewarm?

Trai came out with its recommendations for the 5G auctions in August 2018 and the sale is expected by the end of the year or early next year.

The Union government expects to garner Rs 5.06 trillion and the process of selection of the auctioneer is underway.