Smaller Singapore- and US-based venture capital funds, retail associations and trader bodies such as the CAIT and SJM are all planning to approach the government to put pressure on the commerce ministry. 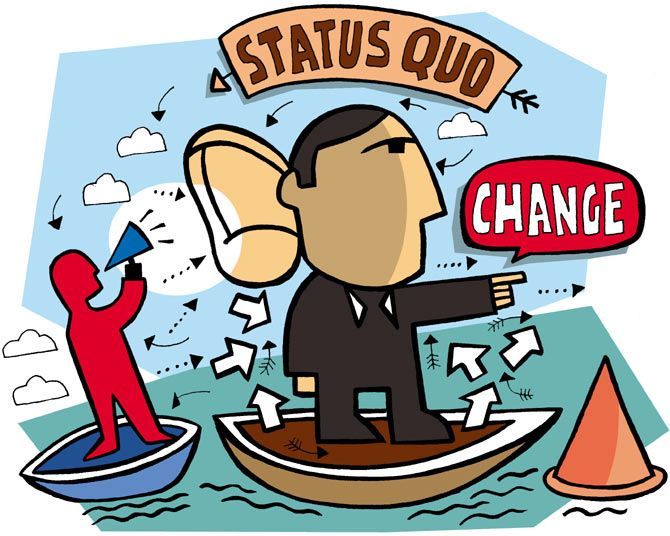 The government’s draft e-commerce policy is likely to face a major hurdle, with foreign investors set to join hands with domestic retailers and traders against it.

The broad contours of the policy, discussed with stakeholders, have come under criticism for being protectionist and one-sided in favour of big players.

Battle lines are hardening with different interest groups facing off.

Foreign investors are rushing to secure their investments, totaling $75 billion (Rs 5.3 trillion in current exchange rates) invested over the past decade.

Sources said the commerce ministry could soon restart discussion with all stakeholders in the e-commerce eco-system, to incorporate their proposals into the final draft.

Plans to bring out the final draft by the end of this month seem to have been scuttled, with multiple ministries arguing against the proposal and the Prime Minister’s Office scrutinising the draft.

As a result, the national think tank on e-commerce, chaired by Commerce and Industry Minister Suresh Prabhu, will now heed the final recommendations that come out of another inter-ministerial meeting to be held soon, a senior ministry official said.

According to sources, smaller Singapore- and US-based venture capital funds, retail associations and trader bodies such as the Confederation of All India Traders (CAIT) and Swadeshi Jagran Manch (SJM) are all planning to approach the government to put pressure on the commerce ministry.

The idea is to make the ministry take on a different set of proposals which would keep in mind the interests of all these players.

Smaller venture funds also said they are in touch with representatives of major investors such as SoftBank Group and Tiger Global to get them into the discussions they plan with the government.

“Individually, private equity players, venture funds, and traders are all fighting the policy, but, as of now, the government has not done anything to add our recommendations.

"If we come together and jointly talk with the government, they will have to consider our set of proposals. It needs to be balanced,” said the vice-president of a US based venture capital fund that has investments in a food tech firm.

While CAIT and SJM are against some of the policies around foreign direct investment (FDI) and the business practices of online marketplaces, they are open to the idea of working with VC funds on the issue.

“We have our reservations against FDI and online marketplaces but at the moment we share almost the same set of concerns as PE funds and retailers. We are ready to have a common set of proposals,” said Praveen Khandelwal, secretary-general of CAIT.

According to sources, SoftBank Group has already written to NITI Aayog, the commerce ministry and finance ministry to keep in mind the interest of investors before finalising the policy.

“SoftBank is asking for a fair and balanced ecommerce policy. In a scenario where almost 95 per cent of the capital in a company is pumped by investors, they not having any say are a matter of grave concern for these global players,” said a senior vice-president of a US-based investment firm.

The task force that has formulated the draft policy consists of founders and senior management executives of companies including Ola, MakeMyTrip, Zoho, UrbanClap, Paytm, and Snapdeal, among others.

In 2017, almost $21 billion (Rs 140 crore) worth of PE investments made its way into e-commerce companies and start-ups.