One of Apple's suppliers, Salcomp, will invest Rs 2,000 crore over the next five years to make components at a Nokia plant in Chennai. The facility, which has been closed for nearly 10 years, will be revived and made operational from March 2020. 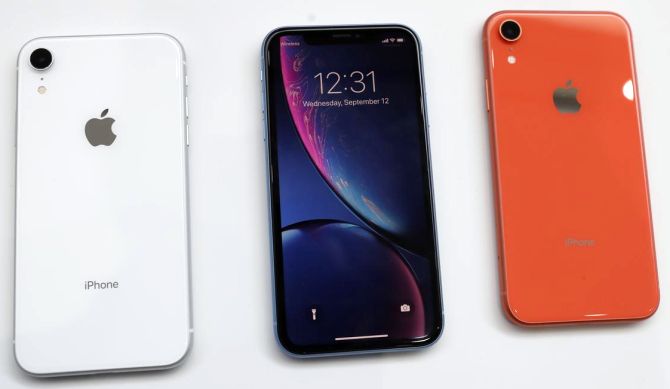 Apple is now making its iPhone XR in India for domestic market and exports, while one of its suppliers, Salcomp, will invest Rs 2,000 crore over the next five years to make components at a plant in southern India from March 2020, IT Minister Ravi Shankar Prasad said on Monday.

Prasad said Salcomp, the world's largest manufacturer and a major supplier of chargers to Apple for iPhone, has reached agreement to take over the closed facility of Nokia in a SEZ near Chennai.

The facility, which has been closed for nearly 10 years, will be revived and made operational from March 2020.

The unit will produce charger and other equipment, and will boast of a diversified portfolio of products.

This will entail an investment of Rs 2,000 crore in five years, he said.

"It is a very proud moment for India. Earlier, it (iPhone boxes) used to say designed in California and assembled in China. Now it says assembled in India and also manufactured and marketed in India.

“We welcome Apple, expand your operations in India. That is our expectation," Prasad said showcasing a 'Made in India' Apple XR device.

He added that all Apple products, including mobile phones being manufactured in India will be used for domestic market as well as export.

In September, Prasad, after a CEOs roundtable with over 50 electronics and phone companies, had exhorted Apple to expand manufacturing base in India and to use the country as export hub, promising to line up fresh incentives and sops to galvanise electronics as well as phone industry.

The US-based company had said its revenues in India 'established new records' in the September 2019 quarter, including achieving its highest revenue from Mac sales in the country.

After the Indian government relaxed FDI norms offering more flexibility on local sourcing norms in August this year, Apple had said it is keen on offering online and in-store experience to Indian users that are at par with its global standards and aims to open its maiden retail store in India.

Apple, which competes with the likes of Samsung and OnePlus in the premium smartphone market, made an entry into the top 10 smartphone brands tally in July-September 2019 quarter due to price cuts on XR model along with good channel demand for its newly launched iPhone 11, a report by Counterpoint had said.

Talking about Salcomp, Prasad said, "I am happy to share, Salcomp, the world's largest manufacturer and major supplier of charger to Apple for iPhones, has reached agreement to take over entire facility of Nokia handset that was lying closed for 10 year. It will start from March 2020," he said.

Prasad added that the unit will manufacture chargers and other equipment.

"Apart from charger and other equipment it will lead to diversified product portfolio of CMC, moulding, painting etc...(About) 10,000 people will get jobs in this and indirect job creation will be 50,000.

“About 70 per cent of products from this SEZ facility will be exported, mostly to China.

“It will lead to value addition also," he said.

"It is welcome development...earlier we had almost zero exports but our consistent efforts for last three years is bearing good results," Prasad said.

"We have an ambition to make India a preferred destination for manufacturing. I have also instructed officers to accelerate this," he said.