After wifi at the Taj, Modi revives campaign for 'digital' India

The push to connect India and drive a national fibre optic network, first approved by the last government in 2011, has made slow progress 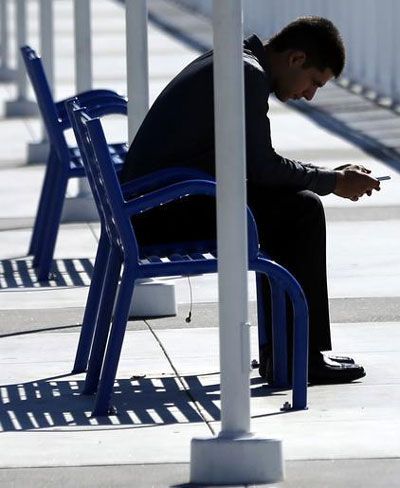 India is reinvigorating an $18 billion campaign to provide fast internet connections for all, with a "digital week" aimed at popularising Prime Minister Narendra Modi's campaign promise to connect 250,000 villages in India by 2019.

The government's tech push, which plans to provide electronic governance and universal phone connectivity across the country, aims to bridge India's digital divide, bringing in large investments in technology manufacturing.

But apart from a handful of headline-grabbing initiatives - free wifi at the Taj Mahal, for example - the push to connect India and drive a national fibre optic network, first approved by the last government in 2011, has made slow progress.

"Now we are at a place where we can take off," said a spokesman for Communications and Information Technology Minister Ravi Shankar Prasad. "The idea is to bridge the gap between haves and have-nots of services and deliverables."

The digital week, being launched later on Wednesday, will involve citizen awareness programmes. But officials say a plan will also be announced for "billions of dollars" of investment, most likely in manufacturing - critical for a government which badly needs to create more jobs, at a faster rate.

The plan aims to stop net imports of technology and electronics by 2020, while creating over 100 million jobs.

India's first cyber premier, Modi has used social media and particularly Twitter, where he has 13 million followers, to style himself as a leader in touch with technology.

With a growing economy and falling handset prices, India is one of the fastest growing smartphone markets in the world, and Modi is looking to harness India's potential for social development in fields like education and health.

But the challenge is great.

India's average Internet speed was ranked 115th globally in the first quarter of the year, among countries studied by services provider Akamai Technologies.

India had just a little over 100 million broadband subscribers at the end of April, out of a population of close to 1.3 billion, according to the sector regulator, which considers Internet connections with minimum download speeds of 512 kbps.

A telecom ministry panel, by comparison, said in March it wants the digital push to establish affordable broadband connectivity of 2 Mbps to 20 Mbps "for all households" by 2017.(Reporting by  in Mumbai; Editing by Clara Ferreira Marques and Douglas Busvine)