'We have not issued notices randomly.'
'We have done the risk profiling of individuals, and sent to those whose profile has not matched with their declared income.'
CBDT chief Sushil Chandra tells Shrimi Choudhary/Business Standard. 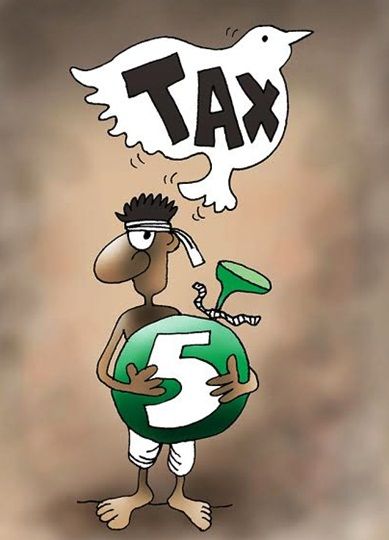 The government expects this financial year's second and the final black money disclosure scheme to get twice the amount declared under the previous disclosure scheme, which ended on September 30.

The informal target for the scheme is believed to be between Rs 1.3 lakh crore and Rs 1.5 lakh crore, indicated the Central Board of Direct Taxes.

"Coupled with the demonistisation, the new scheme will be the last window to come clean. The government's intention is very clear: There is no room for black money," said CBDT Chairman Sushil Chandra in an interaction with Business Standard.

"It (the disclosure) should be double of the previous scheme, because now all the money has to come to the surface, including household money and bank deposits. Everyone now wants to clean their money because only then will they be able to utilise it," Chandra said.

"Besides, we are moving fast with digitisation, where all payments have to be made through the banking channels. We are sure that once the new Bill is passed by Parliament, we will get very good results," Chandra added.

It provides a window to legalise black money after demonetisation and a tax on that amount.

The proposed scheme, the Pradhan Mantri Garib Kalyan Yojana, will allow those depositing money in banned Rs 500 and Rs 1,000 notes to enjoy immunity from certain taxation laws by paying a 50% tax on the undisclosed income.

Under this scheme, a fourth of the total amount will be locked in for four years and not earn any interest. The scheme will be notified after the Bill is passed by the Rajya Sabha.

Chandra said the income-tax department had issued as many as 2,000 notices to individuals whose deposits in banks were not matching with their declared income.

"We have not issued notices randomly. We have done the risk profiling of individuals, and sent to those whose profile has not matched with their declared income. If you have not filed a tax return, are not doing any business but depositing huge amounts, you are a high-risk candidate for me," Chandra said.

"From November 8 onwards, we have detected more than Rs 1,500 crore (Rs 15 billion) undisclosed income during surveys and searches and Rs 120 crore (Rs 1.2 billion) has been seized so far," he added.

Under the demonetisation drive, the I-T department is collecting all data from banks and the Financial Intelligence Unit about every suspicious deposit made and the location from where it has been deposited.

"We are tracking as to whether the deposits are genuine or illegal money," Chandra said.

Subsequently, the tax department has also come across several cases where various bank accounts have been misused or were being utilised to park illicit funds. They are being examined under the Benami (Transaction) Property Act, Chandra indicated.

He also hinted penal action. If caught, the deposit money will be confiscated, he added.

It has been learnt that the four month window under the earlier Income Declaration Scheme, which closed on September 30, had allowed declarants to enjoy immunity from a slew of direct taxes by paying a total tax of 45%.

Last year, the government had come out with a similar window for people holding undisclosed assets abroad.

On the two fake declarations made under IDS, Chandra said that it was known from the beginning and no more false declaration was expected under the scheme.

When asked if the department would conduct verification of accounts on a case-to-case basis, he said, "We are strictly going as per our information, matching all the profiles coming through the banking system and will chase all illegal money irrespective of the profile of the person."