In what may provide some relief to Vodafone in its tax case with the government, Finance Minister P Chidambaram on Monday said tax officers won't be rash on the company. 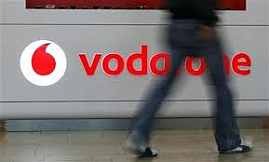 He said a decision on sending tax notice to the British telecom major would be taken after getting Shome panel's report on retrospective amendment to the Income Tax Act with regard to indirect transfer of Indian assets.

"They are not going to act rashly. These are not small amounts on which you can take a rash decision," Chidambaram told reporters when asked whether the tax department would revalidate its tax demand on Vodafone after the Finance Bill 2012 empowered it to do so.

To a query on whether some clarity was provided to tax officers on collecting tax from companies like Vodafone, he said a view would be taken keeping in view the Supreme Court judgment, amendment to the Income Tax Act and opinion of the Attorney General on the issue.

"All this have to be studied by the assessing officer and his supervising officers... In the meanwhile, we will get the Shome committee's report also," Chidambaram said, and added the Shome panel would compare retrospective provisions in the Indian law with similar provisions in other jurisdictions.

In January 2012, the Supreme Court had decided in favour of Vodafone in its battle with the government over payment of about Rs 12,500 crore (Rs 125 billion) in $11-billion deal with Hutchison in 2007.

March, the government made retrospective changes in the law to tax such deals and also put a validation clause, empowering assessing officer to restore the demand despite the ruling. Last month, Attorney General G E Vahanvati had also advised the finance ministry that it could go ahead and recover the tax dues from Vodafone in the light of the recent changes to the tax law.

Last week, the government extended the terms of reference of the Shome committee to look into tax treatment of cases involving indirect transfer of Indian assets by non-resident tax payers and Foreign Institutional Investors.

On whether the government would immediately implement draft recommendations of the Shome panel on General Anti-Avoidance Rules (GAAR), Chidambaram said once the final report by submitted by the end of this month, a call would be taken on an urgent amendment to the law or whetehr it could wait till February 2013 when the Budget is presented.

Though the Shome panel recommended deferring GAAR by three years, it made some specific proposals like scrapping short-term capital gains tax or tax arising out of business income in transactions in listed securities for both residents and non-residents. It also wanted the government to tell in advance when is going to make GAAR effective.
BS Reporter in New Delhi
Source: