The new flights come against the backdrop of the Indian government's move to boost air connectivity with Central Asia and tap the interest of Russian investors in India. 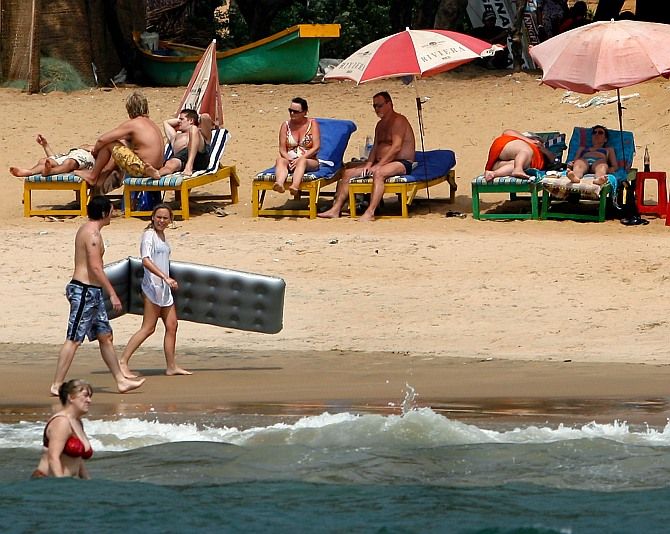 IMAGE: Goa, with its sun-kissed beaches, remains a chief lure for tourists from Russia.

Goa's beaches and warm weather has lured Russian tourists for years. Each winter thousands of Russians come to Goa in chartered flights for sun and surf. However, regular air connectivity between two countries is limited to Aeroflot's double daily flight to Delhi.

This will change this year as Indian and Russian carriers introduce new services from Mumbai and Delhi to Moscow.

Indian and Russian carriers plan to introduce new flight services from Mumbai and Delhi to Moscow.

Currently Uzbekistan Airlines has two flights weekly to Mumbai. By July, Mumbai airport will have 18 weekly flights to Russia and Central Asian countries.

IndiGo and Vistara, too, are planning flights between Delhi and Moscow to tap growth in trade and tourism.

"We do plan to start flights to Russia sometime during the course of this year. The exact timelines are yet to be finalised," IndiGo said in a statement.

"We will be sharing details about our new international destinations at an appropriate time," a Vistara spokesperson said.

The new flights come against the backdrop of the Indian government's move to boost air connectivity with Central Asia and tap the interest of Russian investors in India. Russian companies and government-backed funds have showed interest in the high speed rail projects in Gujarat and revival of Jet Airways.

Around 450,000 people flew between India and Russia in 12 months ending December 2019, a growth of around 10 per cent over the previous year.  Azerbaijan and Uzbekistan have seen 24 and 50 per cent  year on year growth in passengers to/from India, respectively.

"Around 80 per cent of Russian tourists visit Goa and the rest visit Kerala, Delhi and Agra. The new flights will bring more tourists to Mumbai but will largely benefit outbound travel as Indians are now exploring new destinations," said H S Duggal, managing director of Minar Travels which specialises in inbound tourism.

"Traveller interest to Russia and some of the CIS countries has been growing steadily. In fact Russia is among top 10 countries booked by travellers from India on Cleartrip. The Russian government has also made visiting some key destinations in the country easier for Indian citizens by extending the e-visa facility. Azerbaijan, Armenia, Ukraine and Kazakhstan are some of the other destinations in the region gaining popularity among tourists from India," said Balu Ramachandran, senior vice president, Cleartrip.com

Around 450,000 people flew between India and Russia in 12 months ending December 2019 which is nearly half of all traffic between India-Russia and the CIS countries. 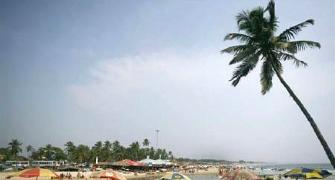 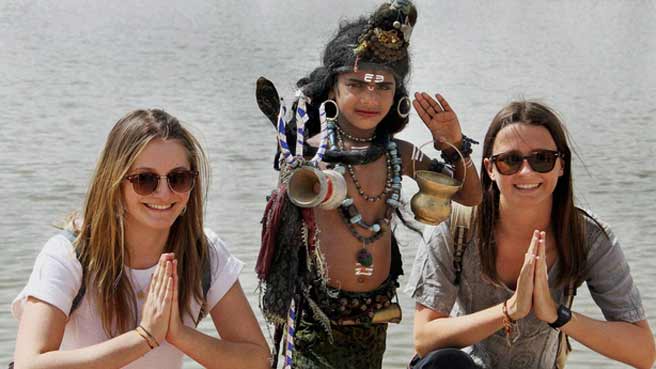 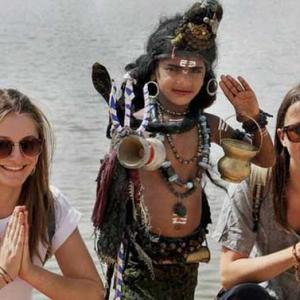