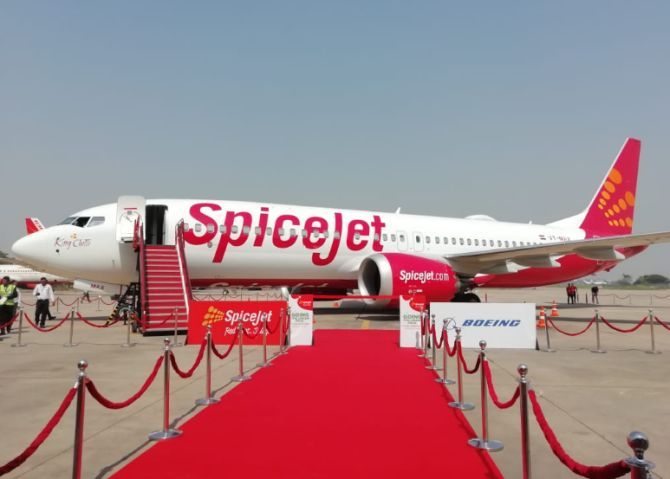 SpiceJet will look at flying to new international destinations as well as provide free wi-fi onboard its more fuel-efficient Boeing 737-8 MAX planes, according to the airline.

"With a one-stop, the aircraft can easily fly up to Finland, Norway, Morocco, London and Amsterdam," the airline said.

SpiceJet, which has made a turnaround after being on the verge of collapse in 2014, placed an order for up to 205 B737 MAX 8 planes last year and has inducted the first one into its fleet.

The aircraft is equipped with Satcom that would enable the airline to provide internet on board services once the requisite approvals are in place.

SpiceJet chairman and managing director Ajay Singh said the airline plans to give complimentary internet onboard the MAX flights and the details are being worked out.

"Lower cost and lesser days out of service results in up to $4 million savings," the airline said in a statement.

SpiceJet plans to use the 737 MAX to expand and standardise its fleet while focusing on increasing their international and regional presence.

"Delhi-Hong Kong, which would be SpiceJet's eighth international destination, will be exclusively serviced by the 737 MAX," it said.

Singh said the new planes would enable it to open new routes as well as reduce fuel and engineering costs, and emissions.

"The 737 MAX will dramatically reduce noise pollution and greenhouse gas emissions. Passengers will benefit from a large number of premium seats and, for the first time in India, broadband internet on board," he said.

SpiceJet's first B 737-8 MAX plane has been named 'King Chilli'.

On an average, the airline daily operates 416 flights to 57 destinations, including 8 international ones.

Source: PTI© Copyright 2020 PTI. All rights reserved. Republication or redistribution of PTI content, including by framing or similar means, is expressly prohibited without the prior written consent.
Related News: SpiceJet, MAX, Doha, UAE, Boeing
SHARE THIS STORY
Print this article 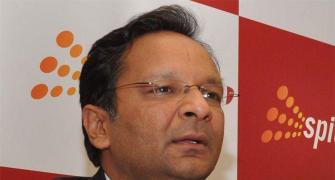 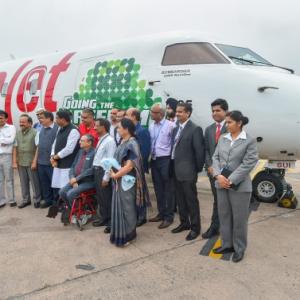 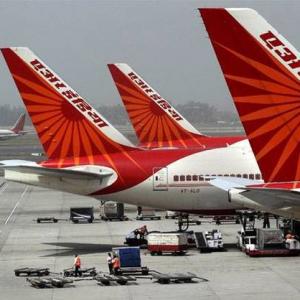