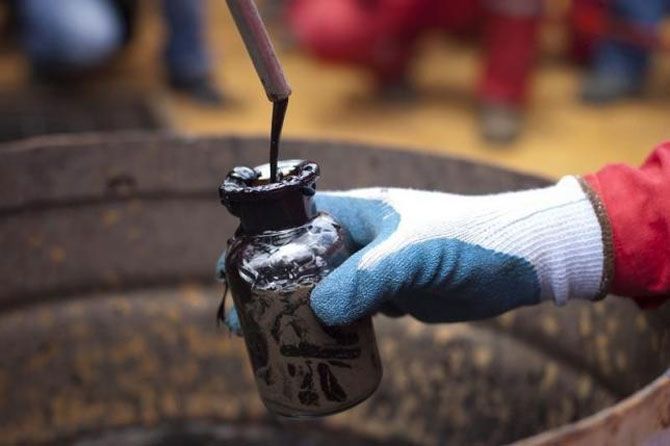 Record production in the United States, weakened demand from the Eurozone and emerging economies like China and Brazil, and Iran’s entry into the international market have effectively slashed the price of crude oil for India, from $106 per barrel in July 2014 to $26 in January 2016 - a 75 per cent drop over 15 months.

So, why are you not seeing evidence of this price-cut at your local petrol and diesel station?

Although India imports more than 80% of its fuel requirement, which means declining global prices should, theoretically, have seen sharp declines in retail petrol and diesel prices, Indian consumers of petrol and diesel now pay about double the global rate. A series of taxes, oil-company profits and other commissions

Retail prices of petrol and diesel prices in three states - Assam, Uttar Pradesh and Gujarat - show a variation of less than 10 per cent during the current financial year, 2015-16, according to an IndiaSpend analysis.

For instance, the petrol price in UP rose Rs 2 per litre, when global oil price halved over the same period. 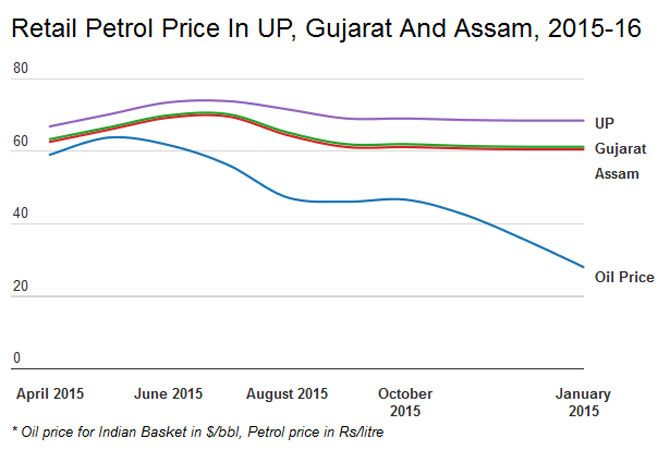 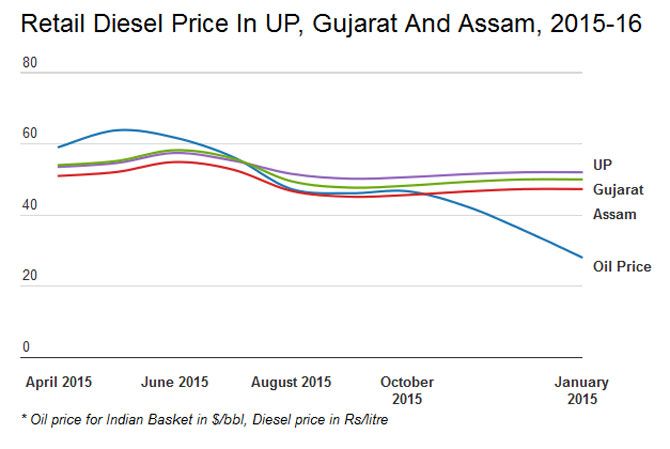 The total of these is the retail price of the fuel you pay.

The price at which OMCs sell petrol to dealers (petrol pumps) has been halved in two years. Over the same period, retail petrol prices have come down only by 15 per cent.

The value-added taxes imposed by states have more or less remained the same, but excise duties - both basic and additional - imposed by the Centre have doubled between 2014 and 2016. 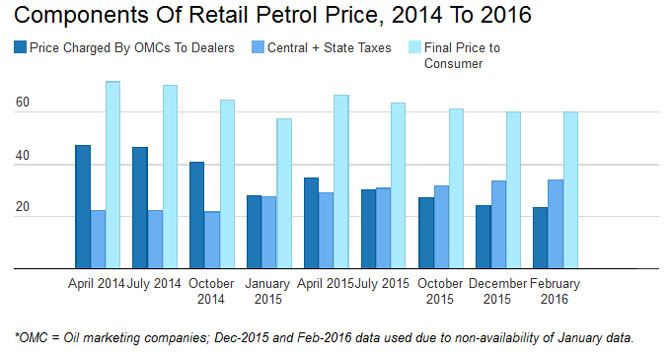 The addition of central taxes on diesel is higher than those on petrol. Central taxes per litre of diesel rose to four times its value in April 2014 - from Rs 4.52 per litre to Rs 17.33 per litre in February 2016. Retail consumers pay more tax on petrol and diesel than its actual price.

Of the price you pay for a litre of petrol, 57 per cent goes to the government as tax. Of the Rs 44 per litre of diesel, 55 per cent is tax.

If the excise duties on diesel had not been increased these two years, diesel would have cost Rs 32 per litre today, other factors remaining the same.

The direct effect of oil prices on cost of transportation of goods and thus consumer inflation has been demonstrated by research from Integrated Research and Action for Development (an autonomous research institute), as journalist and economist Swaminathan Anklesaria Aiyar wrote in this blog.

Research on inflation in Turkey and Sri Lanka has underlined the effect of fuel prices on inflation.