The rise of the mall in India, at a time when many in the United States are becoming debt-ridden white elephants. 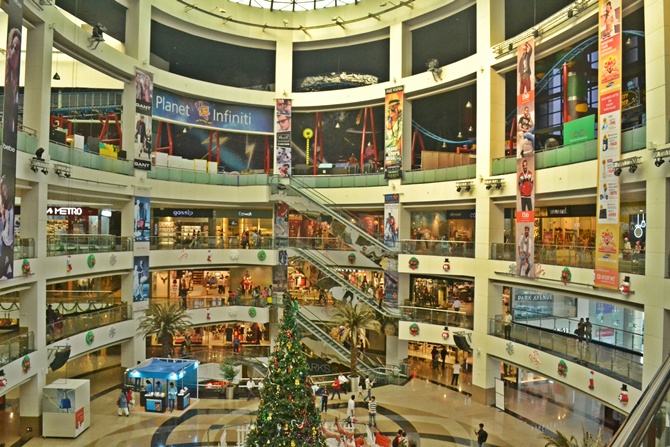 E-commerce in India has been booming and online giants like Amazon are spending big bucks on the world's fastest growing major economy.

Yet some investors are pouring money into retail mainstays of a bygone era – shopping malls.

Private equity investors like Blackstone and Rothschild-backed Xander Group are looking for malls in India, betting that people will flock to stores as more foreign brands open and online retailers ease their aggressive discounting.

Indian malls, which are evolving from ramshackle collections of stores to modern plazas complete with air conditioning and family entertainment centres, are seen as a gateway to brands that a growing middle class aspires to own.

The rise of the mall in India, at a time when many in the United States are becoming debt-ridden white elephants, has been helped by a flurry of new regulations that are encouraging investors to take a fresh look at traditional retail.

"Almost every retailer would like to be here, and as they come they need quality space," said Siddharth Yog, chairman of Xander, whose Virtuous Retail arm owns 5 million square feet of operational and under-development malls in India.

Xander is looking to buy and build new malls in cities like Delhi, Mumbai and Hyderabad, said Yog, as the outlook for physical retail stores brightens in India.

Investors had long shied away from shopping malls in India, amid weak consumer spending and deep discounts by online retailers like Amazon and local rivals Flipkart and Snapdeal.

Now online upstarts are under pressure from investors to produce returns, and this, combined with government regulation to ease online discounts, is reducing their advantage.

With consumer spending in India set to top $3.6 trillion by 2020, and brands like Ikea, H&M, Aeropostale and GAP planning forays into a country where new rules allow shops to remain open 24 hours a day, private equity firms see strong potential.

"There's definitely a revival in interest in shopping malls and that's more to do with improved outlook for returns from these investments on the back of a revival in economic growth," said a Mumbai-based industry banker.

The banker added that funds like Blackstone, Brookfield and Canada Pension Plan Investment Board (CPPIB) were looking at the sector from a medium- to long-term return standpoint.

A major challenge for retailers is the lack of high quality malls to house incoming brands, partly because the economic slowdown of 2011-2012 forced debt-laden developers to revise or abandon projects.

Consulting firm A.T. Kearney estimates that India has just one-tenth of the mall space of the U.S. market, despite having a population four times larger.

For investors, the dearth of malls and growing demand from retailers means faster rental growth and higher yields.

Retail rents in some malls have risen by as much as 20 percent over the past year, and shopping centre yields in India are at about 11 percent compared with 4.9 percent in Singapore and 4 percent in London, according to JLL.

This also means the race to buy assets could be frenetic, with only about 20 percent, or 39 million square feet of existing malls, being investment-worthy.

Blackstone, which has invested $2.7 billion in Indian real estate, mainly office buildings, is now in advanced talks to buy one million square feet of retail space from Larsen & Toubro in suburban Mumbai, two people familiar with the deal said.

"Money is fungible and developers can use it to invest in other projects or reduce borrowing in existing ones," said Sriram Khattar, head of Indian developer DLF Ltd's rental business.