The spacetech startup is expected to launch the first rocket which can hurl satellites of 250-700 kg into a lower Earth orbit by end-2021. 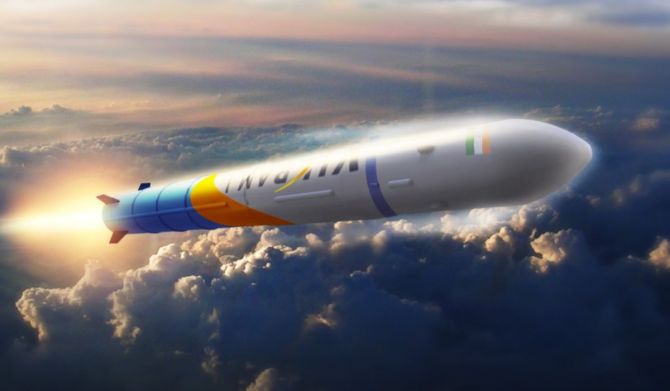 Meanwhile, the company is planning to raise around Rs 90 crore.

The first rocket, which can hurl satellites of 250-700 kg into a lower Earth orbit, is expected to be launched by end-2021. This is a major milestone for us in a path towards our first launch targeted for December 2021, said Daka, Co-Founder & COO, Skyroot Aerospace.

The company demonstrated India’s first 100 per cent 3D-printed Bi-Propellant Liquid Rocket Engine injector. Compared to traditional manufacturing, this reduced the overall mass by 50 per cent, reduced total number of components and lead time by 80 per cent. The engine is capable of multiple restarts enabling them to insert various satellites into multiple orbits in a single mission.

“We have completed multiple test-firings to qualify our solid propellant formulation. We have developed in-house software for launch vehicle guidance, navigation and control functions and testing for onboard avionics modules is in progress. We are targeting our first launch in December 2021,” said Daka.

The first launch vehicle ‘Vikram-I’, which is under manufacturing and targeting a launch in December 2021, hosts an Orbit Adjustment Module (OAM) at the top which gives the final burn and inserts multiple satellites into space.

The Union Cabinet recently approved private player participation in space in June 2020 to transform the sector.

“We will highly benefit from it and we now get access to ISRO’s testing and launch range facilities. We are already in active discussions with ISRO for testing activities,” says Chandana.

He and his team has rocket engineers with a cumulative experience of 300-plus years in the rocket industry and the company has been actively developing its Vikram series of launch vehicles for the past two years.

The company till now has raised Rs 31.5 crore and is in process of raising another Rs 90 crore in the year.