Union Finance Minister Nirmala Sitharaman on Saturday paid homage to her predecessor, late Arun Jaitley, terming him as the architect of the Goods and Services Tax. 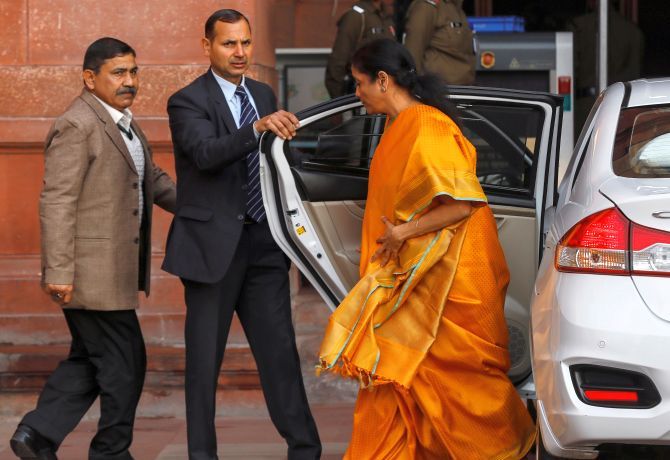 "Of the structural reforms, the GST has been the most historic in our country. Its chief architect is not with us today. I pay homage to the visionary leader late Arun Jaitely. GST has been gradually maturing into a tax that has integrated the country economically," she said during her budget speech.

"At the time of the rollout of the GST, he had said, ‘It will be an India where the Centre and States will work harmoniously towards the common goal of shared prosperity. The unanimity of the constitutional amendment and the consensus of the GST council highlights that India can rise above narrow politics for the nation's interest’,” she recalled the former finance minister as saying.

Jaitley will be remembered as the finance minister who brought India under one unified indirect tax regime by introducing GST -- arguably India's most important tax reform that removed barriers across the states and enabled the smooth flow of goods from one state to the other.

The tax reform went past the initial jitters and criticisms regarding its implementation to now stand as one of the most prominent decisions taken by the National Democratic Alliance-I.

As finance minister, Jaitley broke several conventions, from merging the railway budget with the General Budget -- with an aim of presenting a holistic picture of the financial picture of government -- to advancing the budget presentation to February 1.

It is owing to these breaks of conventions that the 2017 budget presented by Jaitley is remembered as the Budget of many firsts. Other such examples included the announcement of the Economic Survey 2016-17 on January 31, and going paperless for the Budget in keeping with Prime Minister Narendra Modi's Digital India pitch.