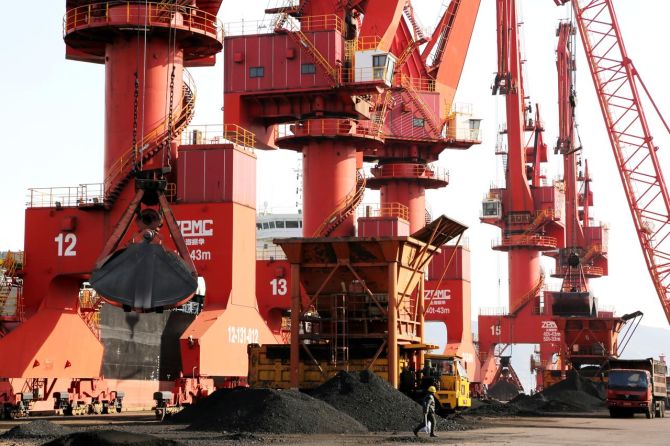 The ongoing trade war between the US and China, coupled with slowing global economic growth, has failed to buffet the shipping market bellwether, the Baltic Dry Index, which is up almost 50 per cent since July.

In fact, the tariff war and sanctions have been a blessing in disguise since it has led to the finding of longer shipping routes which in turn employ freight vessels for longer hours to carry the same quantity of goods.

“While the global economy is running into rough weather on the back of the US-China trade war, the freight market, both tankers and dry bulkers, are holding steady, mainly due to the increase in ton mile demand with buyers looking at various options to pick up commodities from different places to lessen the impact from tariffs and sanctions etc,” said Pradeep Rajan, senior managing editor at Asia Pacific Shipping & Freight, S&P Global Platts.

The Capesize market has led the rally and this has rubbed off on the other segments of the dry bulk sector, such as the Panamax and Supramax ships, said experts.

“The US-China trade war has slowed down movement of American soybeans but demand for grain exports from South American countries like Brazil and Argentina has jumped.

"Also, there has been an increase in the export of grains from the Black Sea into the Far East.

"These trades have had a huge impact on the Panamax and Supramax segments, resulting in a spike in the freight rates.

"The rates were largely driven by increased ton-mile demand from the front-haul grain routes out of east coast South America and the Black Sea,” said Rajan.

‘Front-haul’ refers to the trade route leg where shipowners can make better returns but usually end up in a less favourable area.

“Vessels were being picked from the Indian Ocean as well as Southeast Asia for these grain trips.

"As a result, owners needed a premium for doing single time charter trips on the shorter intra-Pacific coal routes.

"This in turn has seen the freight for shipping thermal and metallurgical coal from Indonesia, Australia and South Africa into India’s east and west coasts going up sizably,” added Rajan.

“Through the first half of 2019, tanker rates have been high but dry bulk rates were under pressure.

"With improving dry bulk rates in the second half of 2019, alongside high tanker rates, Indian shipping companies have been benefitting.”

A revival in iron ore exports from Brazil and Australia in the last few months has helped improve the dry bulk segment.

Earlier this year, Brazil’s Vale mine disruption and a cyclone in Australia disrupted iron ore exports.

“In dry bulk, the situation for Indian shipping companies is better than a month ago.

"Indian vessels continue to get employed and overall there will be an increase in revenue by 5-7 per cent.

"However, what will excite Indian shipping companies is a reduction in taxes which will lower costs and help improve margins.

However, going ahead, industry experts see bulk and tanker freight rates softening as a result of the ultimate impact of the US-China trade war.

PSB mergers may mean Rs 5K-cr demand in IT outsourcing