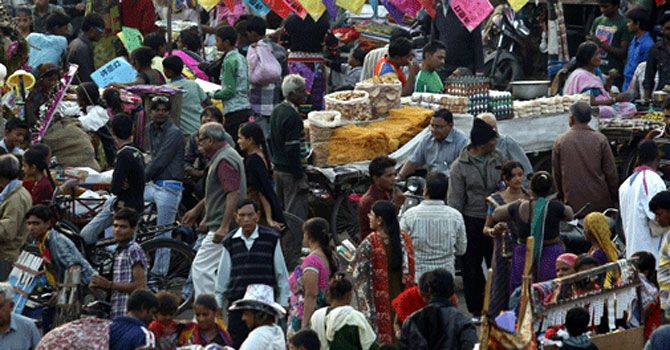 As much as 76 per cent of Indians do not understand key financial concepts like inflation and interest rate, lower than the worldwide average, an S&P Ratings Services survey said on Tuesday.

Standard & Poor’s Ratings Services Global Financial Literacy Survey said in Asia, Singapore is home to the highest percentage of financially literate adults (59 per cent), followed by Hong Kong and Japan (both at 43 per cent). Less than a third of adults in China (28 per cent) are financially literate.

“This is lower than the worldwide average of financial literacy, but roughly in line with other BRICS and South Asian nations,” it said. Also, about 66 per cent of adults worldwide are not financially literate.

The survey also found out information about consumers' familiarity with the financial products they utilise.

“While the array of financial products available in Asia continues to grow rapidly, the survey suggests that most consumers lack a general understanding of credit, compound interest and other key concepts,” the survey said. Research increasingly shows that saving money is better for development than credit. Yet, just 14 per cent of adults in India save at a formal financial institution and their weak financial skills raise questions as to whether they’re getting the most out of their money, it added.

According to the survey, 75 per cent of Asian adults and in comparison, 57 per cent of adults in US and 67 per cent in UK are financially literate.

Only about half of the participants (51 per cent) understood compound interest.