ONGC was the top loser in the Sensex pack, shedding around 5 per cent, followed by Sun Pharma, PowerGrid, Bajaj Finance, IndusInd Bank, Dr Reddy's and Maruti.

On the other hand, Reliance Industries, Titan, HDFC Bank and ITC were the gainers. Equity benchmarks wilted under selling pressure for the second consecutive session on Monday as investors stayed on the back foot amid lacklustre global cues.

A sharp drop in the rupee further sapped risk appetite, though gains in market heavyweights RIL and HDFC Bank cushioned the fall.

Only four index stocks closed in the green -- Reliance Industries, Titan, HDFC Bank and ITC, climbing up to 2.37 per cent.

HDFC Bank spurted 1.15 per cent after the country's largest private sector lender on Saturday reported a 14.36 per cent jump in consolidated net profit to Rs 8,760 crore for the December quarter, driven by a surge in core income.

“However, for the week market is expected to be volatile ahead of some crucial global events.

“Further, as Union Budget is just two weeks away, rotational trading might be visible in the market," said Binod Modi, head - strategy at Reliance Securities.

Broader BSE midcap and smallcap plummeted up to 2.01 per cent.

Elsewhere in Asia, bourses in Shanghai and Hong Kong ended in the positive zone after China posted 6.5 per cent GDP growth in the fourth quarter.

The Chinese economy expanded 2.3 per cent in the pandemic-ravaged 2020, while almost all other major economies are expected to contract.

Bourses in Seoul and Tokyo closed in the red. 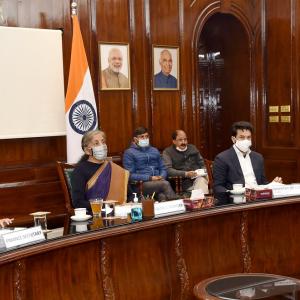 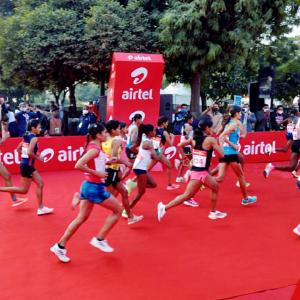