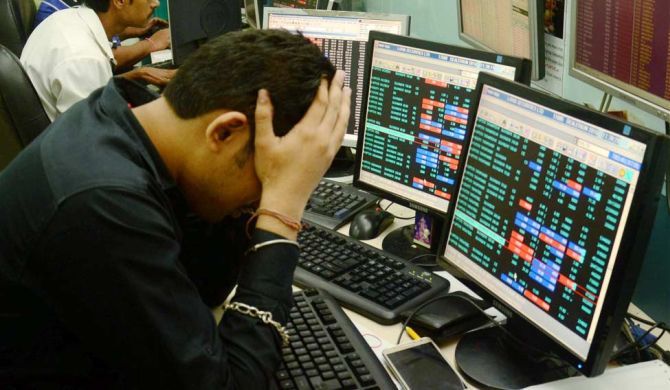 Equity benchmark Sensex on Monday crashed about 1,546 points to sink below the 58,000-level due to across-the-board selloff tracking sluggish global markets.

Benchmark indices started the session on a weaker note and the selling intensified during afternoon trade, with almost all sectoral indices ending in the red. 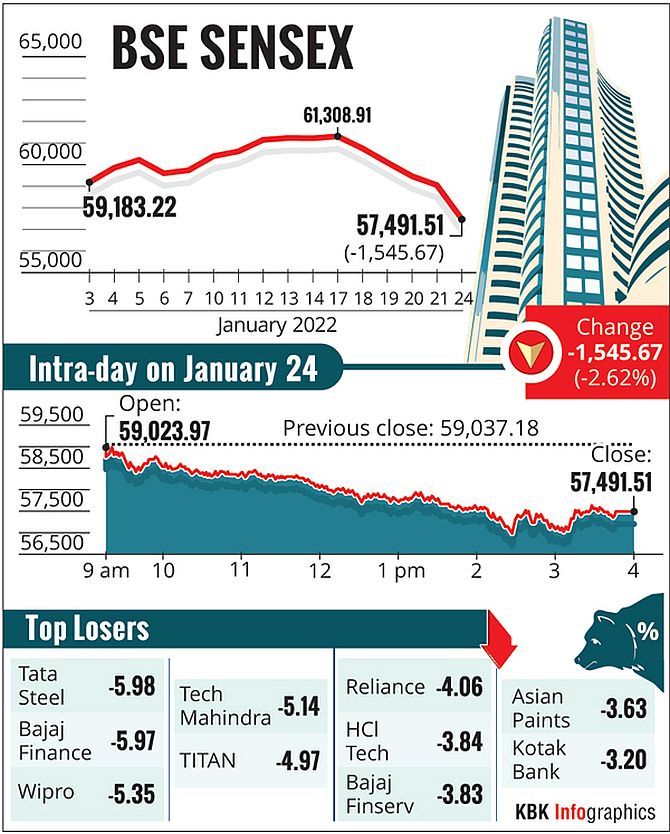 "During the afternoon session, they further sold off as indices fell well below psychologically crucial levels.

"The broader indices too capitulated to selling pressure and were trading with heavy losses of around 3 per cent each.

Elsewhere in Asia, bourses in Hong Kong and Seoul ended with losses, while Tokyo and Shanghai were positive.

Foreign institutional investors (FIIs) remained net sellers in the capital market, as they sold shares worth Rs 3,148.58 crore on Friday, according to stock exchange data.