In a detailed note on Tuesday, Goldman Sachs' house economists led by Sunil Koul said these record number of pandemic cases and a host of key states announcing stricter lockdowns of late have fuelled serious growth concerns, leaving investors worried about the risks to macro and earnings recovery.

It revised down its 2021 real GDP growth forecast to 10.5 per cent, from 10.9 per cent previously, but it still remained above consensus. It also expects the June quarter growth to be impacted.

Accordingly, it has lowered the 2021 earnings growth forecast to 24 per cent from 27 per cent previously and expects the recovery to resume from July as restrictions normalise, vaccination pace accelerates and the global growth backdrop remains supportive.

The crisis of confidence was very clear in the equity markets, which has come under tremendous pressure and Nifty selling off 3.5 per cent on Monday alone.

The index is down 7 per cent from its year-to-date high.

Lowering the Q2 (June quarter) growth forecast without quantifying it though, the Goldman Sachs economists said they still expect all these to have only moderate impact overall as the restrictions have been targeted at specific sectors without broad spillovers so far.

On the valuation compression, they now expect only low-teen returns this year and have pencilled in a 10 per cent PE compression.

Goldman Sachs expects Nifty to reach 16,300 by December, down from the earlier forecast of 16,500, which implies only about 14 per cent upside in rupee terms.

After the record spike in infections to over 1.68 lakh a day, major states including Maharashtra, Madhya Pradesh, Delhi, Tamil Nadu and Bihar have announced stricter lockdown restrictions, which are likely to broaden out in coming weeks.

The brokerage said the containment restrictions are likely to be more targeted with hits to specific services such as food and beverages, leisure and recreation, and transport, but with limited spillovers into other sectors like construction and manufacturing.

While these restrictions are likely to hit activity in June quarter, activity is likely to rebound sharply from July as containment policies normalise, it added.

On the impact of the lockdowns, it said while near-term risks remain if restrictions and shutdowns broaden, more downside risks can be contained if market sensitivity to lockdowns comes down.

Yet, Goldman Sachs is overweight on India and favours targeted cyclical exposure, saying it remains constructive on domestic equities. 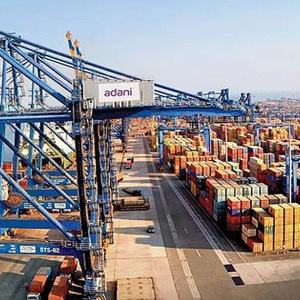