Markets regulator Sebi's proposal of treating all orders emanating from application programming interface (API) as algorithmic or algo order can restrict the growth of such trading in India, brokerage houses said on Monday. 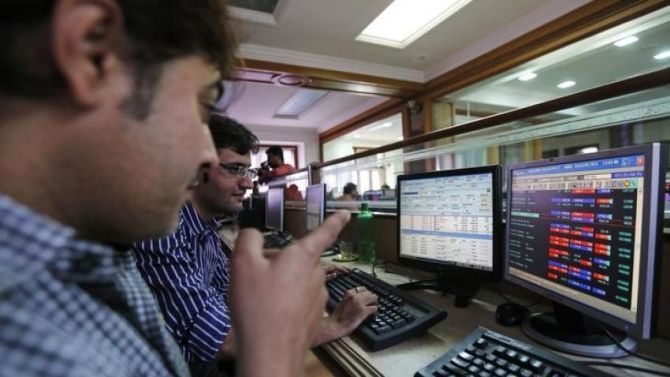 In market parlance, algo trading refers to any order that is generated using automated execution logic.

The algo trading system automatically monitors the live stock prices and initiates an order when the given criteria are met.

This frees the trader from having to monitor live stock prices and initiate manual order placement.

Vikas Singhania, CEO, TradeSmart, said that regulating the nascent algo market is the need of the hour, especially since the media has reported a number of cases of retail clients losing money based on false promises made by some vendors.

"However, in its attempt to weed a few bad cases, Sebi is putting in hurdles that can restrict the growth of algo trading in India.

"It will be difficult for brokers to provide APIs if the conditions mentioned in the consultation paper are implemented," he added.

However, Rahul Shah, co-head of research, Equitymaster, said the proposal on algo trading will go some way in ensuring that nobody is able to game the system and everyone, right from the smallest investor, is on an equal footing when it comes to executing buy and sell orders.

"There's no doubt technology and automation have made the markets more efficient and led to better price discovery.

"However, the very same tools can be misused using algo trading where some investors could end up seeing stock prices ahead of others by a few milliseconds, thereby putting the latter at a disadvantage," he added.

Sebi, in its consultation paper last week, proposed framework for algo trading done by retail investors including use of Application Programming Interface (API) access and automation of trades.

Under the proposal, Sebi suggested that all orders emanating from an API should be treated as an algo order and be subject to control by stock broker and the APIs to carry out algo trading should be tagged with the unique algo ID provided by the stock exchange granting approval for the algo.

Further, the broker needs to take approval of all algos from the exchange.

Each Algo strategy, whether used by broker or client, has to be approved by exchange.

Also, brokers will deploy suitable technological tools to ensure that appropriate checks are in place to prevent unauthorized altering or tweaking of algos.

They need to have adequate checks in place so that the algo performs in a controlled manner.

Currently, exchanges are providing approval for the algo submitted by the broker.

However, for the algos deployed by retail investors using APIs, neither exchanges nor brokers are able to identify if the particular trade emanating from API link is an algo or a non-algo trade.

"This kind of unregulated/unapproved algos pose a risk to the market and can be misused for systematic market manipulation as well as to lure the retail investors by guaranteeing them higher returns.

"The potential loss in case of failed algo strategy is huge for retail investor," Sebi said.

Retail traders do not trade full-time because they work at jobs/businesses and participate in the markets to earn additional income or to grow their capital.

For many, tracking the markets manually and waiting for prices to arrive before they can trade can use up a lot of their valuable time and energy.

Hindering traders' ability to participate objectively can be a regressive move, he said.

"We hope the regulator takes a constructive stance w.r.t retail algo trading and sees the long-term benefits of systematic trading.

"It can create a level-playing field for retail investors as compared to prop desks, deepen our financial markets, promote rational risk-taking among all participants, potentially increase the survival rate of traders, and overall increase the market participation," he added.

Earlier, Nithin Kamath, co-founder of Zerodha, had raised concerns over the Sebi's proposal.

Getting exchange's approvals for any algo is "an extremely tedious and complex process" Kamath said adding that brokers will have to stop offering APIs in case these proposals are implemented.

"While customers using APIs today is a very small percentage of the business (0.05 per cent of our business), disallowing it will mean our capital markets taking two-step backwards in a technology-first world," he had said.

According to him, disallowing APIs will not solve the problem of unregulated algo trading platforms.

They will just shift from using brokers APIs to third party automation tools which aren't in the control of brokers.

The only way to solve the problem is to by regulating these algo platforms and bringing them under the registered investment advisers (RIA) framework.