The case related to an RTI filed by activist Arun Agrawal. The latter had sought to know from Sebi the inspection report about the alleged short sale of shares of Reliance Petroleum in November 2007. 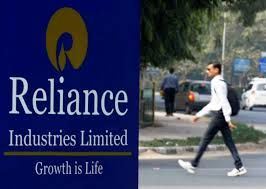 The Central Information Commission has allowed Securities and Exchange Board of India to withhold the information on its probe into alleged short selling of shares by Reliance Industries Limited in 2007 saying investigation has not concluded yet.

A Full Bench of the Commission comprising three retired bureaucrats -- Vijai Sharma, Manjula Prasher and M A Khan Yusufi -- agreed with Securities and Exchange Board of India's contention that final orders are yet to be passed by the competent authority under the Sebi Act and there is no overriding public interest in the disclosure.

"In the present case, final orders are yet to be passed by the competent authority under the Sebi Act.

“Therefore, the process of investigation against the RIL is still pending before SEBI and it cannot be said the same has reached its conclusion.

“Hence, the requested information falls under exemption under section 8(1) (h) of the Act," the Commission said in its order.

The case related to an Right to Information application filed by activist Arun Agrawal who had sought to know from Sebi the inspection report regarding the purported entities involved with RIL in the alleged short sale of shares of Reliance Petroleum in November 2007.

Agrawal also asked for the report of the Sebi inquiry officer with regards the matter, various applications of consent order/terms offered by RIL and the entities involved charged under Prohibition of Fraudulent and Unfair Trade Practices Regulations and other related documents.

During the hearing, Agrawal said the investors need to be informed about the amount of profit made by the 12 entities who were alleged to be working for personal gains and acting as agents of RIL.

"The disclosure of information would indicate that Rs 2000 crore (Rs 20 billion) of money minus the amount to compensate the investors will accrue to the public exchequer," he said during the hearing.

Agrawal said once the investigation report is submitted, the subsequent action or decision on that report is not exempted under section 8(1)(h) as the action being taken cannot be considered as a ‘process of investigation’.

The proceedings initiated under the Sebi Act have to be concluded by the passing of an order by the competent authority.

Amit Sibal, lawyer representing the RIL, had claimed during the hearing that as the Sebi has issued a show cause notice to RIL, the matter is pending adjudication therefore, inspection report is exempted under section 8(1)(h) of the RTI Act and should not be disclosed.

Sibal said as the appellant has failed to establish any case of public interest as per section 8(2) of the Act, the appeal may be dismissed as without merit.

The Commission said Agrawal had underlined public interest overriding the protected interest however, the other side argued that he is overstating the public interest without taking into account that the investigation is still going on.

"The main ground initially advanced by the appellant for disclosing the information under section 8(2) of the Act is that there has been a conspiracy between the RIL and other entities in short sale of shares and the investors have suffered losses, and that the general public must be informed about the unlawful means adopted by the RIL," it said.

The Bench said no ‘concrete and tangible’ case of public interest has been made out by Agrawal which may be described as overriding the protected interest.

Commenting on the decision, Agrawal said earlier the commission had held that the same information should be revealed in public interest.

"Now for the commission to hold that information which involved 513 crores of losses to the investors on account of insider trading by RIL and another 1000 crores on account of price manipulation by the brokers is not in public interest raises a much larger issue of public interest," he said.