News
Business
Movies
Sports
Cricket
Get Ahead
Money Tips
Shopping
Sign in  |  Create a Rediffmail account
Rediff.com  » Business » SBI chief not sure of '$5 trillion by 2024' target

According to Rajnish Kumar, the government investments alone cannot achieve it and there is a need for huge investments in the infrastructure sector which would result in boosting the GDP.

State Bank of India chairman Rajnish Kumar on Saturday said the country can become a $5-trillion economy, but was sceptical whether it is achievable by 2024-25 as envisaged by the government.

Speaking at an interactive session organsied by FICCI, he said private investment was necessary for achieving the target.

“$5 trillion, we will definitely achieve, there is no doubt. Timeframe, I am not certain. Whether we'll achieve in five years, it is like, a very difficult question to answer.

“But $5 trillion, we will achieve for sure and again I’m saying that it will come on the back of private sector investments revival," Kumar said replying to a query.

According to him, the government investments alone cannot achieve it and there is a need for huge investments in the infrastructure sector which would result in boosting the GDP.

FICCI president Sangitha Reddy said there is a slowdown in the economy and the government needs to infuse Rs 1-2 lakh crore to revive the sentiment.

“This is one thing that we (industry) believe that notwithstanding any impact it may have on fiscal deficit, the government must find ways to induce at least Rs 1-2 lakh crore into the economy to boost construction and infrastructure once again,” she said.

According to her, there were pending bills getting piled up at every sector and there is a need for structural reforms for boosting the sentiment which would result in re-accelerating the economy.

Reddy said the $5-trillion economy target cannot be achieved either by the government or industry alone and they should 'clap hands' together to achieve it. 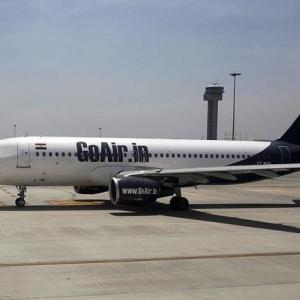