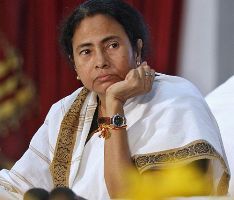 When it comes to defending Chief Minister Mamata Banerjee, Trinamool Congress may go all out from raising voice to sit-in against the Central Bureau of Investigation; but the other controversial ministers with alleged links with Saradha seems have been abandoned by the party even though they continue to hold ministerial berths.

State transport and sports minister Madan Mitra -- whose name has reportedly propped up in CBI investigation in Saradha -- and textile minister Shyama Prasad Mukherjee, who was earlier quizzed by Enforcement Directorate in this case, are now at the receiving end of a public snub of the party leadership.

The message was clear, when recently Mitra, who was waiting to recieve chief minister during a transport department’s event in the city, was publicly snubbed by the chief minister as Banerjee did not even acknowledge his presence.

Both the ministers have been missing from recent state cabinet meetings in the last couple of weeks, as sources say they have been asked so.

However, to explain their absence, Mitra claimed he was 'busy with personal works' and people close to textile minister said Shyama Prasad Mukherjee, he is not keeping well.

Not only this, sources say, in an attempt to distance the party from the controversial ministers, they have also been asked to avaoid public appearences, media interactions.

They have hardly been seen in the state secretariat in the last couple of weeks.

So much so, that sources say files relating their departments are being forwarded to department secretaries bypassing the ministers.

However, they continue to hold their post as the party is jittery over whether it should ask the controversial ministers to resign and thereby acknowledge wrongdoing.

Incidentally, these are the same partymen, whom Mamata Banerjee had defended when questions were raised by media soon after Saradha went bust.

"Am I a thief? Are all of us thieves? And the rest are saints,” an angry Mamata Banerjee had said then.

Ironically, former TMC member of Parliament Kunal Ghosh is already under behind the bars in connection to the scam.

Madan Mitra’s associates have been quizzed, TMC MP Srinjoy Bose too was recently summoned by CBI and now names of top leaders like Mukul Roy and Mamata Banerjee too are being propped up by the opposition for their alleged links with Saradha promoter Sudipta Sen.

Perhaps this why Left leader and leader of opposition Surya Kanta Mishra took a dig referring to Mamata Banerjee’s comment then, “TMC leaders will go to jail in the same sequence as chief minister had defended them.

"Kunal Ghosh is already behind the bars and rest will follow.” 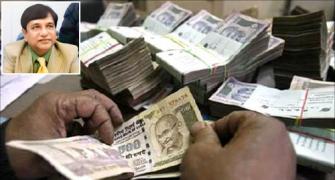