Rupee at 80: How top Indian companies hedged themselves for dollar

Reliance Industries, the Tata group, Bharti Airtel and Aditya Birla are among Indian conglomerates that have hedged their revenue and costs linked to the US dollar, giving them financial cover as the rupee fell past 80 against the greenback on Tuesday. 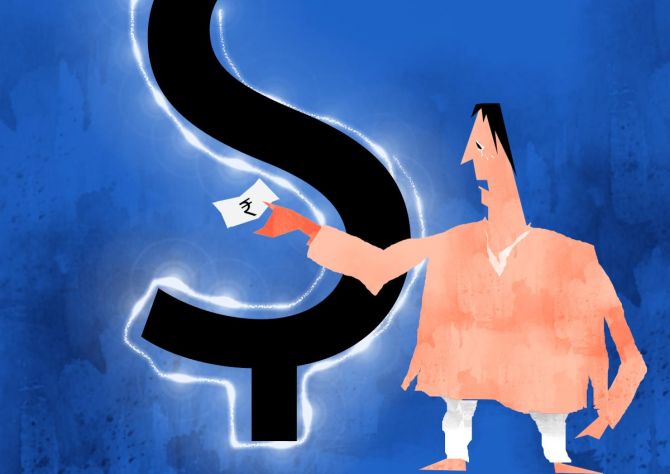 Most top companies have taken forward cover considering the seven per cent fall in the rupee’s value against the dollar since January.

“All prudent companies have taken forward cover for the weakening of rupee versus the dollar,” said Prabal Banerjee, former finance director of Bajaj group.

The Aditya Birla group earns half of its $60 billion annual revenues from overseas.

Of the group companies, cement-maker Ultratech has a quarter of its total debt in the US dollar and it has taken forward cover on the entire amount.

Most of Reliance’s foreign currency borrowings (40-45 per cent of total debt) is in the oil-to-chemicals business, which has a high degree of natural hedge as both revenue and costs are denominated in US dollar.

Half of the revenues came from overseas as software exports or sales by carmaker Jaguar Land Rover (JLR) and Tata Steel Europe.

Most foreign currency debt of Tata Motors is held at wholly-owned British subsidiary JLR that generates revenue in US dollar, British Pound and Euro.

Of its total debt, almost 80-85 per cent of its debt is in the US currency.

Tata Steel hedges its foreign currency exposure as almost 35 per cent to 40 per cent of its debt is in US currency.

Part of Tata Steel’s foreign currency debt is in Euro and it is held by its subsidiary, Tata Steel Europe.

The continent accounts for around 40 per cent of Tata Steel's consolidated revenue.

The company has $2.3 billion of US dollar debt and $300 million of debt serviced by its Indian entity's cash flows.

Steel prices in India are determined based on import parity and are linked to international prices, providing a natural hedge, as per Rating firm Moody's.

Almost 44 per cent of India’s foreign exchange debt taken by companies is unhedged, as per the Reserve Bank of India’s data till March this year.

The rupee's depreciation will impact negatively to companies that generate revenue in rupees but rely heavily on US dollar debt to fund operations, as well as for those with significant dollar-based costs, such as raw materials and capital spending.

Global rating agency Moody’s has said exporters would benefit from a strong dollar as their services or products become cheaper and therefore more competitive in the global market.

However, in the current macroeconomic environment, the benefit will be likely limited amid weak global demand and rising prices.

Vedanta’s natural hedge as revenue is in the Indian currency but it is also pegged to the US dollar with import parity pricing for domestic sales and with export revenue at the benchmark prices.

“Weak liquidity and high refinancing risk are issues that are captured in the negative outlook,” Moody’s said as almost 60 per cent of its debt in the US currency.