The RBI panel has also recommended a government-sponsored ‘fund of funds’ of Rs 10,000 crore to support the venture capital and private equity firms investing in the MSME sector. 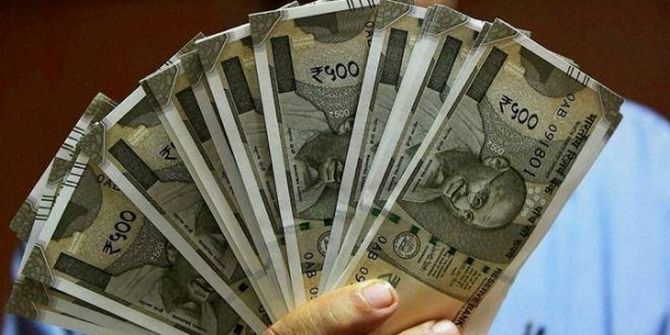 The eight-member expert panel, headed by former Securities and Exchange Board of India chairman U K Sinha, has also suggested creating a stressed asset fund of Rs 5,000 crore to protect the sector from distress caused by external circumstances.

The RBI had constituted the committee in January to review the current framework for MSMEs and suggest long-term solutions for their economic and financial sustainability.

The panel said that instead of making MSMEs register with various authorities, the permanent account number (PAN) should be made sufficient for most of their activities.

The private sector should be incentivised by tax breaks or bonds to help MSMEs build skill sets in areas like product development, technology adoption, and marketing strategy.

The private sector’s contribution to the segment, the committee noted, was minuscule, but the research and development facilities they possessed could be of enormous value.

The committee has recommended a government-sponsored ‘fund of funds’ of Rs 10,000 crore to support the venture capital and private equity firms investing in the MSME sector on modified term sheets developed by SIDBI.

This, the committee said, would encourage innovation in term sheets and production structures.

On restructuring MSME accounts that have turned sour, the committee said an MSME account could be considered for upgrade to “standard” after six months of satisfactory operation, instead of the current norm of one year.

The account must also have additional equity in the business or a new source of cash flow.

The RBI had announced a one-time restructuring scheme for MSME accounts in January, but the scheme is basically for accounts that are still standard.

While the MSME Development Act has served well, it is time the focus was on market facilitation and promoting ease of doing business in the sector.

"Accordingly, the legislation may be reimagined as a comprehensive and holistic MSME Code having a provision for sunset on plethora of complex laws scattered all over the legislative framework.

“These problems are hindering the development of a conducive business environment for expansion of the sector.”

According to the committee, a thriving entrepreneurial ecosystem is a policy imperative for realising the potential of the sector and ensuring sustainable growth of the sector.

Among scores of other recommendations, the committee has suggested that to eliminate the problem of delayed payments faced by MSMEs, which they also cannot take up legally because of low bargaining power, the MSMED Act should be amended requiring all MSMEs to mandatorily upload all their invoices above an amount, to an information utility.

There should be a monitoring authority too.

“While this mechanism will entail automatic display of the names of the defaulting buyers, it will also act as a moral suasion on the buyers to release payment to MSE suppliers,” the report said.

In this regard, allowing more non-banking financial companies (NBFC) in the factoring business, against only five now, would lead to faster clearance of bills.

This is a good move, said Raman Aggarwal, chairman of Finance Industry Development Council (FIDC), as that would allow NBFCs to really come into assist the MSME sector in a big way.

Currently, not many NBFCs can take part in the trade discounting platform, even as the platform is completely secured and transparent.

Most states have only one MSE Facilitation Council (MSEFC), which is not adequate to cater to delayed payment cases arising in the entire state.

Hence, the committee suggested setting up more such councils, particularly in larger states.

The committee recommended beefing up the government’s procurement portal for MSMEs to be a “full-fledged market place, enabling MSE sellers to procure raw materials as well”.

The committee was against multiple registrations with various entities, which is cumbersome and leads duplication of efforts.

“It is, therefore, recommended that the government should make PAN as a Unique Enterprise Identifier (UEI) and the same should be used for various purposes like procurement, availing government sponsored benefits, etc,” it said.