Fruits, vegetables and eggs continued to witness deflationary trend during January this year, with their prices declining 4.18 per cent, 13.32 per cent and 2.44 per cent, respectively. 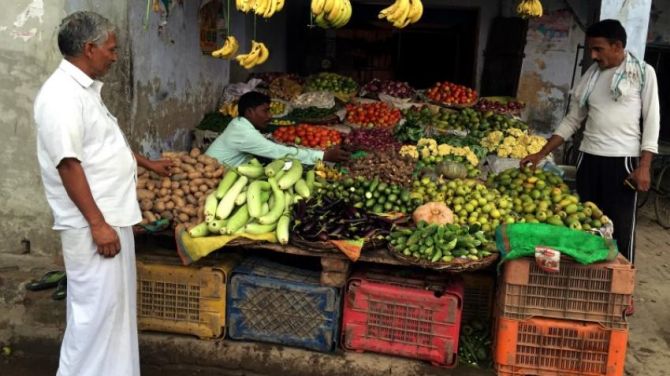 Retail inflation fell to a 19-month low of 2.05 per cent in January due to fall in prices of food articles, mainly fruit and vegetables, coupled with easing of fuel cost, government data showed on Tuesday.

The Consumer Price Index (CPI)-based retail inflation was revised downwards for the preceding month December to 2.11 per cent from the earlier estimate of 2.19 per cent, showed data from the Central Statistics Office (CSO).

Fruits, vegetables and eggs continued to witness deflationary trend during January this year, with their prices declining 4.18 per cent, 13.32 per cent and 2.44 per cent, respectively, according to the CSO data released by the Ministry of Statistics and Programme Implementation (MoSPI).

"At 2.05 per cent, CPI for January is at 19-month low. Extended winter remains supportive of decelerating food prices. The fuel component, too, has surprised on the downside," said Shubhada Rao, chief economist, Yes Bank.

This, along with core inflation at 5.36 per cent, presents a scenario of CPI year-on-year growth between 2 per cent and 3 per cent in the next 5 months.

This raises the probability of rate cuts in April and beyond, she said.

ICICI Bank head of global markets Group B Pasanna said: "India's industrial production data for December was in line with expectations and confirms our belief that the November print was more an aberration."

The recovery in growth in consumer goods, especially non-durables, is encouraging.

"Our expectations for the next few months are also benign on headline CPI and, hence, we believe that there is a room for further accommodation in the next policy meeting," he said. 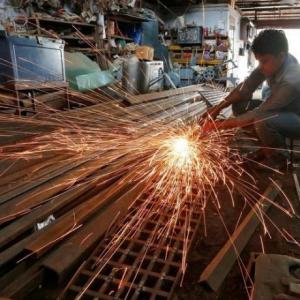 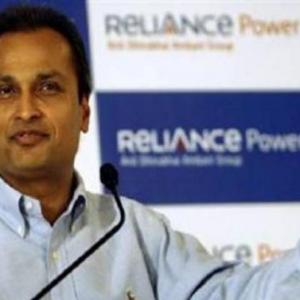