Parliament’s standing committee might have expressed its reservations on business houses being allowed to start banking operations. But the Reserve Bank of India (RBI) is hardly deterred. It is working overtime to shortlist the names of candidates from among 26 applicants. 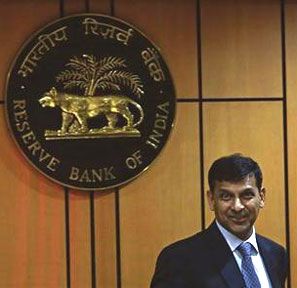 RBI has deployed additional hands to screen the applications, from a wide range of corporate houses — from conglomerates to micro lenders.

After the screening, the shortlisted candidates will be vetted by an external committee, to be headed by former RBI governor, Bimal Jalan. The names of the other members of the committee have yet to be finalised.

Apart from officials from the department of banking operations and development — the RBI wing that has drafted the licence norms and is primarily responsible for shortlisting —20-odd officers are also learnt to be involved in the screening process.

According to sources, these officers have been chosen on the basis of their core competency in areas like corporate finance, accountancy and legal matters, among other things.

Four to five teams, each headed by a general manager, have been created to look into various aspects of the applications. The entire process of screening the applications is being overseen by Anand Sinha, RBI’s deputy governor in charge of banking operations and development portfolio.

Raghuram Rajan, who took charge as RBI governor on September 4, had said on his first day in office the names would be finalised before or soon after Sinha retires in January 2014.

While the screening team is working on weekends, too, it is not yet clear if the corporate houses would be given licences. It is for the first time that companies are being considered for entry into the banking sector.

On Saturday, B Mahapatra, an executive director of RBI who is involved with the banking licence process and reports directly to Sinha, defended the central bank’s decision to allow companies on the ground that business houses had ‘deep pockets’ to carry out capital and technology-intensive financial inclusion projects. Though Mahapatra enumerated the safety nets the central bank had put in place to mitigate conflict of interest and ensure there was no self-dealing, he said RBI’s regulatory and supervisory effectiveness would be tested in preventing new banks, promoted by industrial houses, from self-dealings.

In such a situation, the governor’s view becomes critical. While Rajan’s views since he took charge as governor are not known, he was not in favour of corporate houses’ entry into banking before he joined RBI.