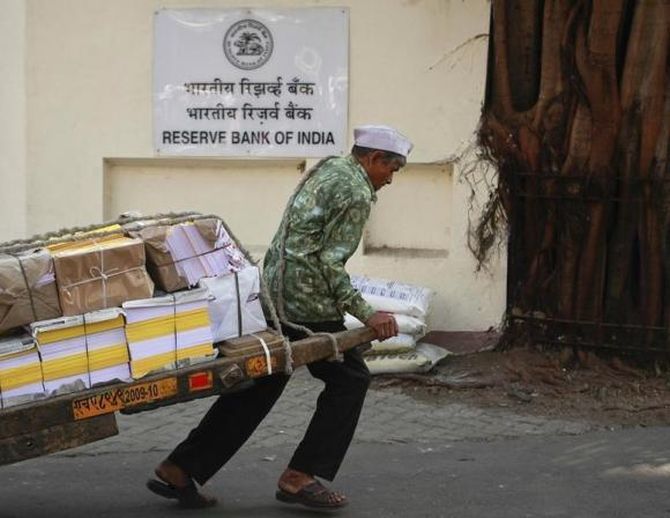 With prodding from the Bank of International Settlements (BIS) and the Reserve Bank of India’s (RBI) governor Urjit Patel, the central bank is demystifying the language in which its documents are written.

The campaign to speak directly stems from a Regulatory Consistency Assessment Programme (RCAP) of the BIS, which is a body of all central banks.

The BIS started the latest round of RCAP in June 2015 for India to primarily assess Indian banks’ preparedness for the transition to Basel III, an internationally agreed set of measures developed by the Basel Committee on Banking Supervision in response to the financial crisis of 2007-09.

As a side note, the BIS found that not only the RBI but all other Indian regulators seemed to use ambiguous words.

“One of the observations of the RCAP capital report was the use of the word ‘may’ in India’s regulatory documents. The RCAP team had appreciated that despite the use of the word ‘may’, regulations are considered as binding by regulated entities. However, the RCAP capital report had suggested that use of word ‘must’ in line with international practice,” the BIS said in its December 2017 assessment.

However, the BIS also seemed satisfied with the RBI response.

“The RBI has decided that future regulations would consider this aspect and regulatory prescriptions would use the word ‘shall’ appropriately in place of ‘may’,” BIS said.

Following the BIS finding, the RBI changed the language in its Master Circulars too, informed a senior RBI official.

“Words such as may, could, perhaps, are the lingua franca of legal documents for quite some time. In RBI at least, we have tried to change that. We don't want to leave any ambiguity, and we want to make sure that our circulars cannot be challenged in the Court under any pretext,” said the official.

However, if one thinks the central bank has become economical with words, that is perhaps not true.

These start with legal provisions, and underlines the RBI’s powers.

The background and logic behind the move are elaborated in detail.

The idea is to make it look like a legal document for specific cases, such as when it wanted to make Aadhaar mandatory for opening bank accounts.

Occasionally, the central bank puts up these circulars after 11 pm on Fridays.

Another central bank official said that was because the departments working on guidelines had to meet a deadline.

He added the RBI always followed a deadline concept, but there were cases, where it held back some information for the next day. Under Patel, it seems, a deadline is often inviolable.

Patel has made the RBI's communication forthright since he became governor.

Till Raghuram Rajan was governor, the RBI used ‘may’ extensively in its circulars. For example, in an August 2016 circular on Sovereign Gold Bonds, the RBI said:

“Relevant additional details may be obtained from the applicants, where necessary. The Receiving Offices may make arrangements to enable the investors to apply online, in the interest of better customer service.”

For example, a circular on September 30, 2016, on doubling farmers' income by 2022 read: “Towards this, banks should revisit their documentation for crop loans, simplify them where required and ensure speedy sanctioning and disbursal of loans within specified time limits.”

The RBI also adopted a stringent attitude toward banks.

The central bank's now contentious February 12, 2018,circular had this: “Any failure on the part of lenders in meeting the prescribed timelines or any actions by lenders with an intent to conceal the actual status of accounts or evergreen the stressed accounts, will be subjected to stringent supervisory/enforcement actions as deemed appropriate by the Reserve Bank, including, but not limited to, higher provisioning on such accounts and monetary penalties.”