Foreign brokerage Bank of America Merrill Lynch said they expect the headline inflation to rise to 3.3 per cent in May, but added that it is within the 2-6 per cent range which the government has set for the RBI. 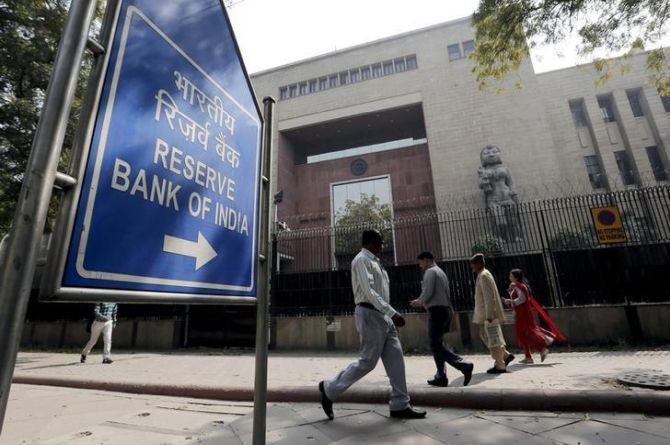 The Reserve Bank will go for an unconventional 0.35 per cent cut in its key lending rate at the forthcoming review on Thursday as inflation is within its comfort range.

It can be noted that since Governor Shaktikanta Das has assumed office, the central bank has cut its key rates by a cumulative 0.50 per cent as inflation ebbed.

A wide set of analysts expect the RBI to cut rates by 0.25 per cent at Thursday review, primarily to address worries on growth, which has dipped to a 5-year-low of 5.8 per cent for the March quarter.

Headline inflation, however, has risen sharply to 2.92 per cent in April.

While expecting the 0.35 per cent cut, analysts at the foreign brokerage Bank of America Merrill Lynch said they expect the headline inflation to rise to 3.3 per cent in May, but added that it is within the 2-6 per cent range which the government has set for the RBI.

It added that risks on the fiscal deficit and currency front are also fading with Prime Minister Narendra Modi's re-election, which will help for a deeper cut than the 0.25 per cent consensus, in line with Das' speech in New York last month which made a mention of unconventional cuts not in 0.25 per cent or multiples.

It added that the Modi government has shown fiscal discipline by not competing with the opposition Congress' social security scheme which would have entailed expenditure of 1.9 per cent of GDP.

The brokerage also said that the transmission to lending rate cuts to prop up growth "needs sustained RBI easing", it said.

The brokerage said its activity indicator also signals weakness for 1-2 quarters more, but added that the growth can be pushed up to 7.5 per cent in FY20 if the RBI cuts rates by 0.50 per cent and also if the state-run lenders are adequately recapitalised using the excess RBI capital identified by the Bimal Jalan report.

The US Federal Reserve has also turned dovish, with the US-China trade war dragging on, the note said.