The Reserve Bank of India (RBI) on Friday left interest rates unchanged for a third straight meeting as inflation stayed stubbornly high, and said the economy was recuperating fast and would return to positive growth in the current quarter itself. 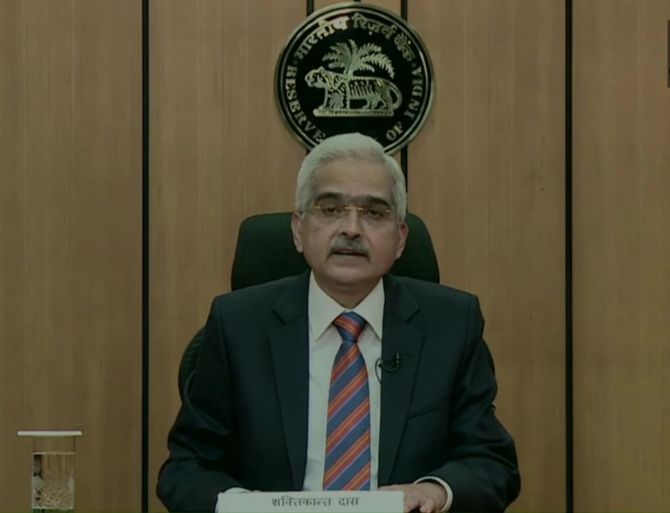 The benchmark repurchase rate will be maintained at 4 per cent, RBI Governor Shaktikanta Das said.

A spike in consumer prices forced RBI to pause after cutting rates by 115 basis points this year.

The central bank, which had previously expected the economy to shrink 9.5 per cent in the year to March, revised its forecast after a shallower-than-expected decline in the gross domestic product (GDP) in the July-September quarter. 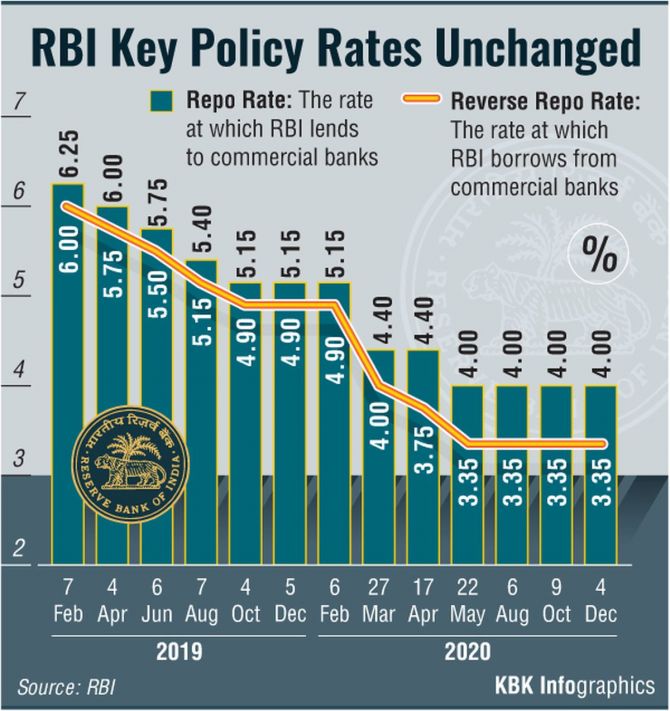 The two successive quarters of contraction pushed the economy into a technical recession. This is the first recession since quarterly records started in 1996.

RBI had previously forecast a 5.6 per cent contraction in the quarter through December, followed by a return to growth in the three months to March.

RBI saw inflation in the fiscal third quarter at 6.8 per cent, and easing a bit to 5.8 per cent in January-March.

"Inflation is likely to remain elevated," he said, adding that this constrains the monetary policy at the current juncture from using the space available to act in support of growth.

Stating that RBI was ready to take further measures to ease liquidity, he said the central bank will use various instruments at the appropriate time to ensure ample liquidity is available in the system.

He also announces measures to deepen the corporate bond market and supervisory measures for the shadow banking sector.

RBI raised the limit of contactless card transactions to Rs 5,000 per usage from the current Rs 2,000, with effect from January 1.

Also, real-time gross settlement systems (RTGS) will be available 24x7 in the next few days, he said.

"The MPC decided to continue with the accommodative stance as long as necessary -- at least during the current financial year and into the next financial year -- to revive growth on a durable basis and mitigate the impact of COVID-19 on the economy, while ensuring that inflation remains within the target going forward," he said.