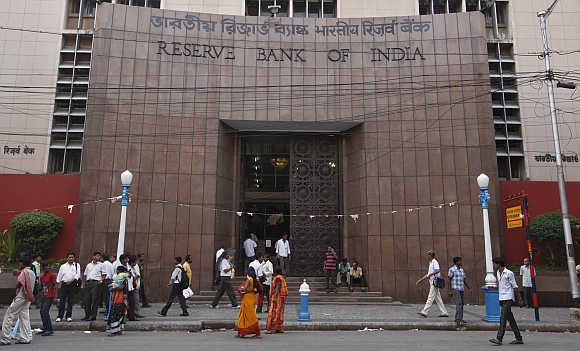 Monetary easing will relieve supply constraints and aid disinflation over the medium term.

While the RBI cut the repo rate from 7.5 per cent to 7.25, it left all other policy tools like cash reserve requirement unchanged at 4 per cent and statutory liquidity ratio at 21.5 per cent.

Announcing the second bi-monthly monetary policy this fiscal, Rajan said that 'with low domestic capacity utilisation, still mixed indicators of recovery, and subdued investment and credit growth, there is a case for a cut in the policy rate today'.

RBI had previously cut repo rate by 0.25 per cent each in January and March.

The stock market however reacted negatively with the BSE Sensex going down by over 400 points after the RBI policy was announced.

Rajan said he expects banks to pass on the policy rate cut to individual and corporate borrowers.

"Banks should pass sequence of lending rate cuts," he said, adding that RBI has cut interest rate thrice since January.

Commenting on macroeconomic conditions, RBI said, the domestic economic activity remains moderate with agriculture being the most disappointing one, following the unseasonal rains and hailstorms in the most part of the country in March.

However, Rajan was quick to add that the risks to inflation identified in April could cloud the picture with below par monsoons forecast for the second successive year.

He also called for astute food management to mitigate possible inflationary effects in case of failure of monsoon.

The other possible problem, the governor said, could be continuously firming crude prices amidst considerable volatility, coupled with geo-political risks, which might cloud the inflation forecast.

Given this background, Rajan said, "a conservative strategy would be to wait, especially for more certainty on both the monsoon out-turn as well as the effects of government responses if it (monsoon) turns out to be weak.

"(But) with still weak investment and the need to reduce supply constraints over the medium-term to stay on the proposed dis-inflationary path (to 4 per cent in early 2018), a more appropriate stance is to front-load a rate cut today and then wait for data that clarify uncertainty," Rajan said while explaining the rationale behind the rate cut.

A key reason for the rate reduction is the CSO's downward revision in both the current year forecast to 7.6 per cent from 7.8 per cent.

"Reflecting the balance of risks and the downward revision to gross value added) estimates for 2014-15, the projection for output growth for 2015-16 has been marked down from 7.8 per cent in April to 7.6 per cent with a downward bias to reflect the uncertainties surrounding these various risks," RBI said.

Rajan said strong food policy and management will be important to help keep inflation and inflationary expectations contained over the near term.

Furthermore, monetary easing can only create the enabling conditions for a fuller government policy thrust that hinges around a step up in public investment in several areas that can also crowd in private investment.

This will be important to relieve supply constraints and aid disinflation over the medium term, he said.

"Banks have started passing through some of past rate cuts into their lending rates, (a precondition he set at the last policy meet on April 7), headline inflation has evolved along the projected path (4.86 per cent in April), the impact of unseasonal rains has been moderate so far, administered price increases remain muted, and the timing of normalisation of US monetary policy seems to have been pushed back," he said.

The global data also points to not so rosy a picture.

The global recovery is still slow and getting increasingly differentiated across regions.

What is more worrisome is the US numbers where the world’s largest economy surprisingly shrank 0.7 per cent in the first quarter, even as its currency has been on record high.

Source: PTI© Copyright 2021 PTI. All rights reserved. Republication or redistribution of PTI content, including by framing or similar means, is expressly prohibited without the prior written consent.
Related News: Reserve Bank of India, CRR
SHARE THIS STORY
Print this article 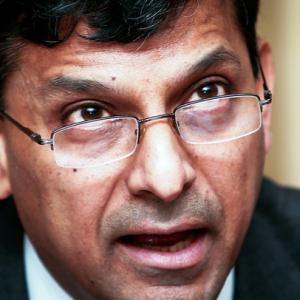