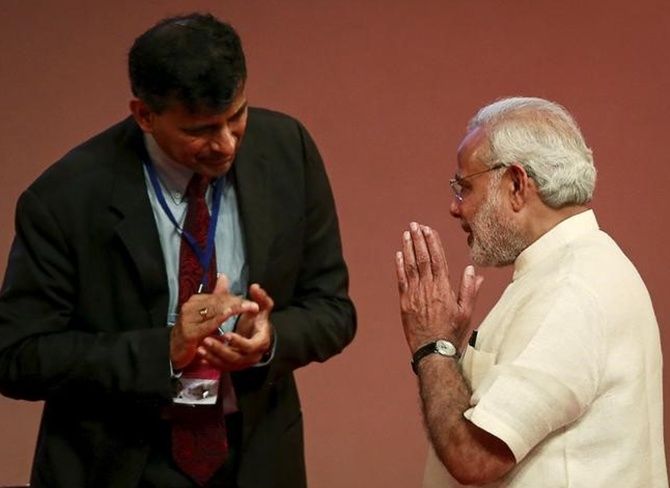 Amid a widespread perception about differences between RBI and the government, Prime Minister Narendra Modi on Thursday praised Governor Raghuram Rajan for being "perfect" in explaining to him complex economic issues and said there was similarity in thinking on both the sides.

Stating that Rajan would explain implications of RBI's policies in "just three-four slides", Modi also said that he must have been a very good 'teacher' in the past.

Rajan, who has been Professor of Finance at University of Chicago and joined RBI as its Governor in September 2013, said on his part that there has always been a "constructive dialogue" between RBI and the government.

There have been talks from time to time about differences between the central bank and the government on a range of issues including on inflation and interest rates.

While the government and RBI have always maintained that there were 'no differences' between them, some proposals in this year's Budget indicated shifting certain functions out of the central bank's ambit including on the public debt management.

Speaking at a function to mark 80 years of the Reserve Bank of India (RBI), Modi expressed satisfaction over the role played by the central bank under Rajan.

"There is lot of similarity between the thinking of the RBI and government... This is absolutely essential. As a representative of the government, I express my satisfaction.

RBI is performing its role and I congratulate Raghuram ji and his team," he said.

At the same function, Finance Minister Arun Jaitley also congratulated Rajan, his team and past RBI Governors for their contribution in making the country's economy resilient.

Recalling his bi-monthly meetings with Rajan, Modi said he is "perfect" in explaining the implications of the policies and would do so in just three-four slides.

Modi said he himself was not adept at understanding economic issues, but as the Prime Minister he had to learn and understand complex issues.

In his address, Rajan said: "There has always been a constructive dialogue between the Government and the Bank, informed by their respective time horizons and attitudes towards risk.

"And history records that successive governments have invariably appreciated the wisdom of the Reserve Bank's counsel."

Therefore existing ones should be nurtured from the outside, and constantly rejuvenated from the inside, for there are precious few of them."

Jaitley also lauded RBI's efforts in improving macro- economic conditions in the last eight decades. "It is the professionalism and ability of the central bank which has indeed served the country well.

We're indeed proud of its performance," he said.

"Starting from 1935 till today, a large part of the country's sovereign functions rests on shoulders of the RBI. From management of the country's monetary policy, inflation, rates... (to) banking sector regulator, manager of public debt...

"These are among the functions which RBI has undertaken in this 80-year-long journey and performed them in a commendable manner," the Finance Minister added. 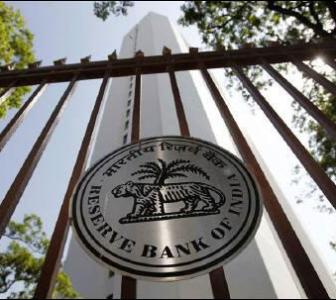 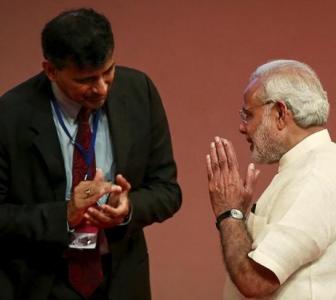 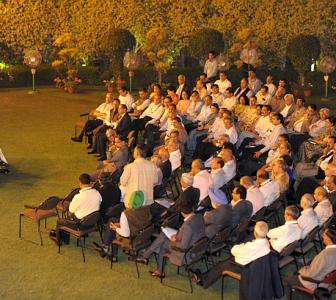