Electronic devices installed along tracks provide train signals to a computer fitted in the locomotive.
If a driver goes over the designated speed, a dashboard in front of him gives a red alert sign at first.
Even after this, if the train continues its journey, the train's brake is automatically applied.
Shine Jacob reports. 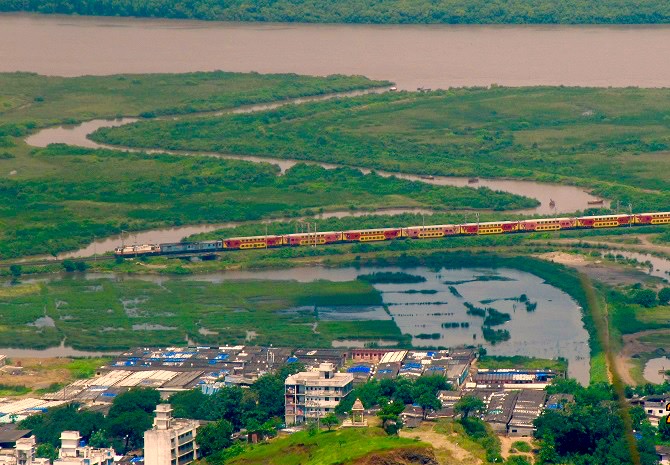 IMAGE: A double decker train on its way to Mumbai. Photograph: Mahipal Soni/Rediff.com

The Indian Railways is set to revisit its signalling system overhaul plans by bringing in the European Train Control System (ETCS) level-2 technology in a phase-wise manner on busy routes. As part of this, the national transporter is set to take up a Rs 20 billion project to bring in the new signaling technology in the 850-kilometre stretch between Mathura and Vadodara.

This comes after the plan to revamp the entire signaling system for Rs 780 billion was red flagged by Prime Minister Narendra Damodardas Modi in a review meeting on March 26 citing the high project cost.

Following this, the Railways was directed to bring the new signaling with automatic train protection system on busy routes first.

"The plan is to bring in level II of the ETCS technology in this new route. The first one that is already in place in Gatimaan involves placing balise, an electronic transponder on the rails that makes the interface possible. The level I technology requires device on train as well as on track. The next level is through automatic radio communication between train and the stations it touches," said a government official.

The Railways has already operationalised ETCS level 1 technology on 342 kilometres, which has technology that mitigates safety risk due to a loco pilot's error of signal passing at danger or over speeding. 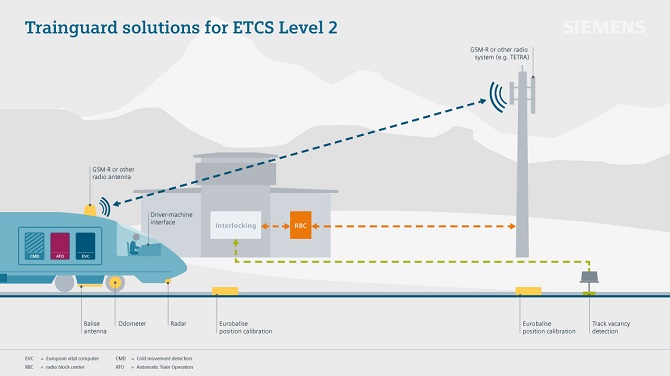 Currently, it is implemented on a 200 kilometre stretch between Delhi and Agra, 117 km in the Chennai Suburban section and 25 RKMs of the Metro Railway, Kolkata.

For the level-1, Ansaldo got the contract and the Railways may have to float a fresh tender if level-2 plan gets cleared. The level-2 technology will be having at least 30 per cent higher cost compared to the level-1 ETCS.

The Railways already has around 35 locomotives fixed with the same technology and in the new route, more such locomotives are likely to be introduced. It is set to take up the proposal with the Niti Aayog soon and may approach the Cabinet after that.

The level-2 technology will have electronic devices installed along tracks that will provide train signals to a computer fitted in the locomotive.

Based on the technology, if a driver goes over the designated speed, a dashboard in front of him gives a red alert sign at first.

Even after this, if the train continues its journey, the train's brake is automatically applied.

On March 26, Modi had directed the railways to take heavy traffic routes initially and roll out the technology across railways based on its success. 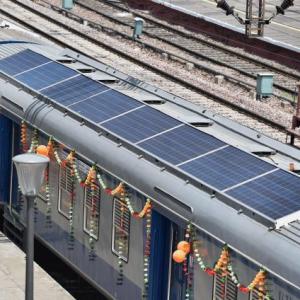 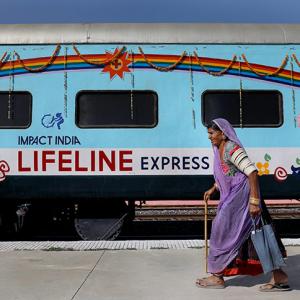