Market cap of government companies has remained unchanged in the past 8 years. 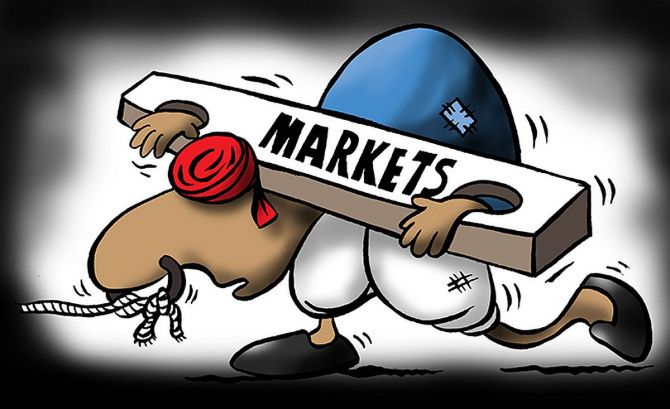 India’s listed public sector undertakings (PSUs) continue to be laggards on the bourses, despite a strong rally in the broader markets since March last year.

The BSE PSU index has gained 29 per cent since March 2020, against a 61 per cent rally in the Sensex.

The PSU index is yet to return to pre-Covid high, unlike the rest of the market.

It is still down 12.4 per cent over the past 12 months against a 16.4 per cent rise in the benchmark index during the period.

Analysts say a poor showing by PSUs on the bourses will make it tough for the central government to meet its divestment target.

In the past, the government raised money by asking bigger PSUs to acquire smaller peers in its sector, or by selling stake in PSUs to the state-owned Life Insurance Corporation.

Government-owned companies’ poor showing over the past year has been a continuation of their underperformance over the past decade.

As a group, PSUs have been among the biggest laggards on the bourses over the past decade.

For example, the BSE PSU index is currently at the same level as in April 2009 and down 44 per cent from its record high in September 2010.

In comparison, the benchmark index has up two-and-a-half times during the period.

Central PSUs’ current market capitalisation of Rs 14.2 trillion is the same as in March 2013.

The rest of the market more than trebled during the period.

As a result, state-owned firms have become a minor segment of India’s overall equity, despite many of them being industry leaders with large revenues and asset base.

Listed central PSUs now account for just 8.6 per cent of the combined market capitalisation of listed companies, against 35 per cent share a decade ago.

The Business Standard analysis is based on a common sample of 930 companies that are part of the BSE 500, BSE Midcap and BSE Smallcap indices.

The sample has 55 central PSUs, excluding listed subsidiaries and associates of other PSUs.

Analysts attribute PSUs’ relatively low market capitalisation and poor performance on the bourses to the nature of their business.

"Equity investors are not excited about the sector and industries where PSUs operate.

"Most top-performing stocks are currently from sectors, such as FMCG, pharma, technology, and those that operate in the consumer segments.

"PSUs are just not present in any of these segments,” says G Chokkalingam, founder & MD, Equinomics Research & Advisory Services.

Revenue and earnings growth in these segment is highly cyclical and these companies generally have some of the lowest valuation ratios in the market.

This shows in the PSUs valuation discount with the respect to the overall market.

Listed PSUs in Business Standard’s sample are currently valued at 16.6x their net profit in the trailing 12 months on average — a big discount to the Nifty50 index earnings multiple of 37.5x and the entire sample’s (930 companies) P/E multiple of 66x.

Similarly, PSUs are valued at a near-20 per cent discount to their book value, against a price-to-book value ratio of 2.7x for the overall sample of 930 companies.

Other analysts blame failure on part of PSUs’ management to diversify into newer segments or product lines.

“PSUs’ management has not been responsive to the market, unlike their private-sector peers.

"As a result, they are stuck in old slow-growing that hurts their market capitalisation,” says U R Bhat, director, Dalton Capital.

At the macro level, PSUs’ financial performance has also been affected by the relative decline of industry in the country.

In 2019, the industry share in India’s gross domestic product (GDP) hit a two-decade low of 27.5 per cent, down 250 basis points in the past five years.

The ratio was 29.3 per cent three years ago and 30 per cent in 2014, according to the data from Asian Development Bank.

This has hit revenues and earnings of industrial government firms, such as Bharat Heavy Electricals, SAIL, NMDC, and ONGC, besides public sector banks which are largely in industrial project financing.

This also shows in the continued decline in PSUs’ share in India Inc’s overall revenues and profit.

Analysts also say divestment may be weighing on PSU valuation and share price.

“There is little incentive for investors to bid-up a PSU share price when they know they can buy it at a discount to the market price in the next round of follow-on offering,” says Chokkalingam.

For example, SAIL’s share price has declined 25 per cent in the past two weeks after the announcement of a follow-on offer, against a 5 per cent decline in Sensex during the period.

It’s time the government thought of other means to raise resources from PSUs.