Prepayment penalty on home loans to be scrapped 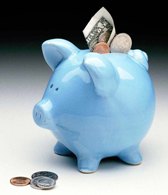 Borrowers wanting to prepay home loans can look forward to some relief as RBI on Tuesday indicated that it would scrap prepayment penalties charged by banks.

"It is proposed to implement the recommendations of the Damodaran Committee, on which a broad consensus has emerged, as also the action points which were identified by the IBA (Indian Banks' Association) and BCSBI (Banking Codes and Standards Board of India) in the last Banking Ombudsmen conference," RBI said in its mid-year credit policy review.

The Banking Ombudsmen at their conference in September recommended abolition of pre-payment charges on home loans taken under floating rates by customers.

Damodaran Committee which was set up by the RBI suggest improvement in banking services had also suggested removal of pre-payment charges.

Some of the private sector lenders charge up to 2 per cent of outstanding loan on foreclosure.

Public sector banks by and large do not levy any prepayment charges when the amount is paid by borrowers from their own sources.

The National Housing Bank (NHB) has already directed all housing finance companies to desist from imposing a prepayment penalty on home loan borrowers.

Source: PTI© Copyright 2020 PTI. All rights reserved. Republication or redistribution of PTI content, including by framing or similar means, is expressly prohibited without the prior written consent.
Related News: RBI, National Housing Bank, Damodaran Committee, IBA, Standards Board of India
SHARE THIS STORY
Print this article