During a three-hour long virtual meeting with CEOs of large public and private sector banks along with heads of NBFCs, the prime minister assured them that the government is ready to take all steps to support the financial sector.

Emphasising on the crucial role of the financial sector in supporting the economy, Prime Minister Narendra Modi on Wednesday asked bankers to take a relook at their practices to ensure stable credit growth and not to turn down bankable proposals on apprehensions of prospective bad loans.

During a three-hour long virtual meeting with CEOs of large public and private sector banks along with heads of non-banking financial companies (NBFCs), the prime minister assured them that the government is ready to take all steps to support the financial sector.

"Had an extensive interaction with stakeholders from banks and NBFCs to deliberate on the roadmap for economic growth, helping entrepreneurs and a range of other aspects," he tweeted.

Modi exhorted bankers to motivate small entrepreneurs, self-help groups and farmers to use institutional credit in order to grow.

"Each bank needs to introspect and take a relook at its practices to ensure stable credit growth.

“Banks should not treat all proposals with the same yardstick and need to distinguish and identify bankable proposals and to ensure that these don't suffer in the name of past NPAs," an official statement quoted him as saying.

It was emphasised that the government is firmly behind the banking system, the statement said.

"Banks should adopt fintech like centralised data platforms, digital documentation and collaborative use of information to move towards digital acquisition of customers.

Stating that India has built a robust, low cost infrastructure which enables every Indian to undertake digital transactions of any size with great ease, he asked banks and financial institutions to actively promote the use of RuPay and UPI among their customers.

While it was noted that significant progress has been made in most schemes, banks need to be proactive and actively engage with the intended beneficiaries to ensure that the credit support reaches them in a timely manner during this period of crisis, it said.

Following the outbreak of COVID-19, bank credit growth tumbled to 7 per cent in May from 11.5 per cent a year ago. The growth is likely to remain muted during the current fiscal due to uncertainty and consequent risk aversion on part of borrowers as well as lenders.

To push credit growth, the RBI brought down its benchmark lending rate to a historic low of 4 per cent.

However, corporate and retail borrowers are still shying away from taking loans.

In the absence of enough loan demand, banks are forced to park their money with the Reserve Bank under the reverse repo window.

The Reserve Bank of India (RBI) eased the monetary policy, reduced reserve requirements and introduced liquidity in the economy to the extent of almost 3.9 per cent of GDP.

Banks and other financial institutions are implementing the bulk of the measures announced in May under the Rs 20.97-lakh crore economic package to deal with the coronavirus crisis. 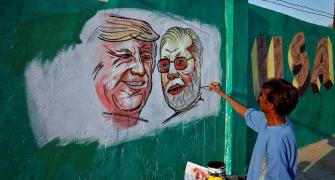