News
Business
Movies
Sports
Cricket
Get Ahead
Money Tips
Shopping
Sign in  |  Create a Rediffmail account
Rediff.com  » Business » What Jaitley needs to do to meet the fiscal deficit target 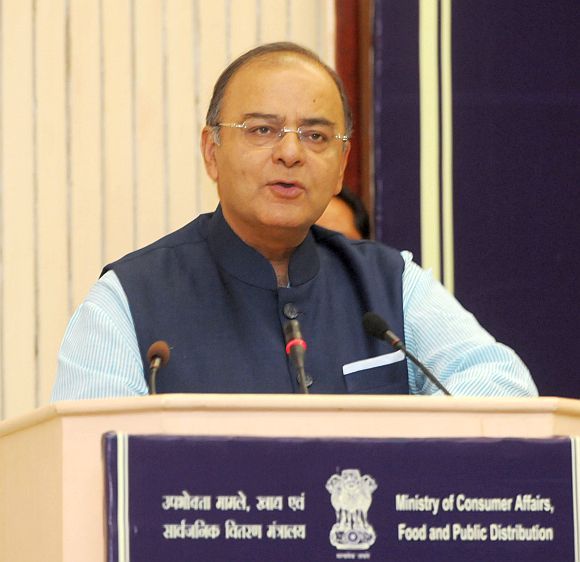 When he presented his maiden Budget in July, Finance Minister Arun Jaitley accepted the 'challenge'of achieving the fiscal deficit target of 4.1 per cent of gross domestic product for FY15 set by predecessor P Chidambaram.

To meet it, however, Jaitley might have to repeat what Chidambaram had done -- deep expenditure cuts.

Last week, the government had introduced a fresh round of austerity measures, including bans on first class travel, creation of new posts and holding meetings in five-star facilities. 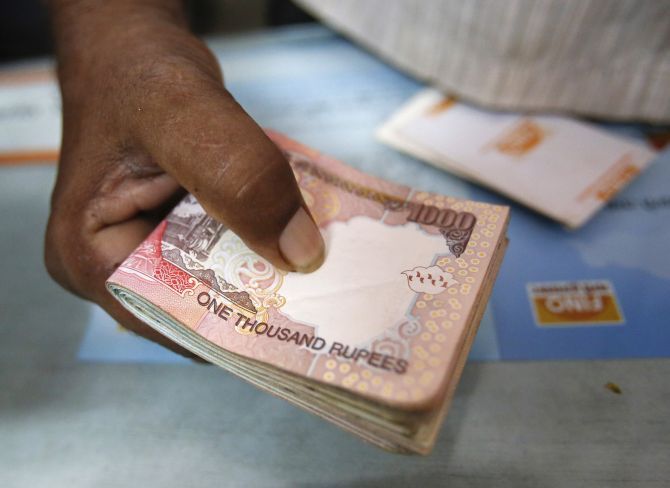 Image: The austerity drive underway will not curb overall non-plan spending by much. Photograph: Reuters

The aim, said Jaitley, was for every government department to effect a mandatory 10 per cent cut in Non-Plan expenditure -- excluding interest payment, repayment of debt, capital spending for defence, salaries, pensions and grants to states.

However, senior government officials and private economists concede these might not be enough.

“The way it stands, the fiscal deficit target of 4.1 per cent is sacred.

"So, if the government does not achieve the revenue targets for FY15, we might see stricter austerity measures,” said a ministry official, who did not wish to be named. 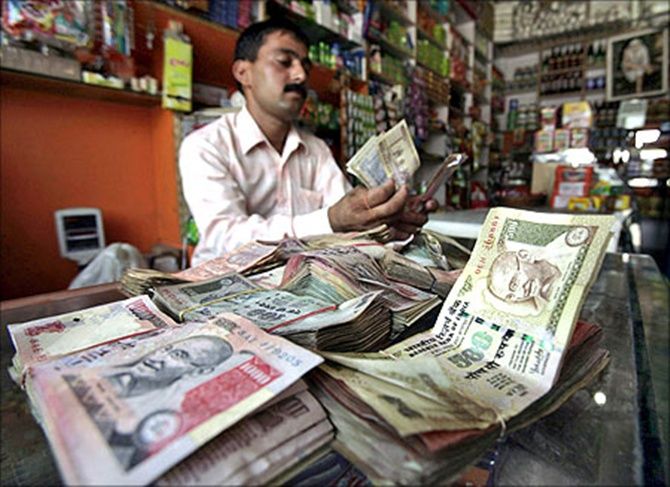 Image: Policymakers will have to cut capital spending if receipts targets are not met. Photograph: Reuters

The official said there would be no compromise on the target, as it was a key number which international investors and credit rating agencies such as Moody’s, Standard & Poor’s and Fitch were looking at.

“The austerity drive underway will not curb overall non-plan spending by much.

"At the most, you might save one per cent of total non-plan spending.

Any final decision on further cuts can only be taken in late December or early January, once revised projections for FY15 become clearer,” a second official told Business Standard. 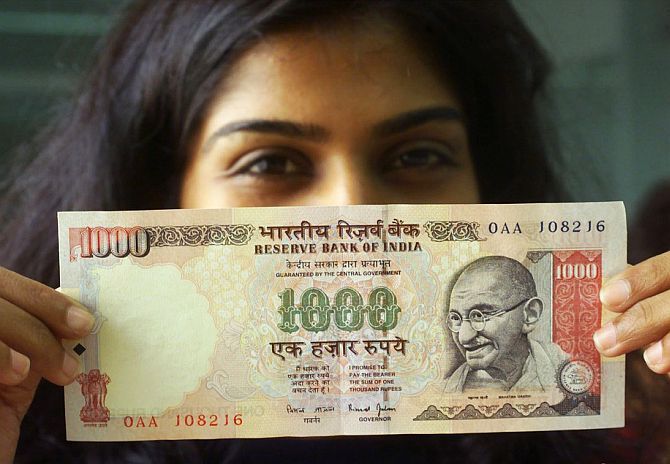 Image: The aim, said Jaitley, was for every government department to effect a mandatory 10 per cent cut in Non-Plan expenditure. Photograph: Reuters

The officials Business Standard spoke to for this report did not comment on the nature of the cuts. It, however, does seem unlikely that Rs 35,000-40,000 crore can be saved only from the revenue expenditure side.

Policymakers will have to cut capital spending if receipts targets are not met.

“Jaitley finds himself in the same situation as Chidambaram did in the past few years,” said N R Bhanumurthy of the National Institute of Public Finance and Policy.

“The problem is that we really don’t have a proper revenue projection mechanism.

"We end up underestimating expenditure and over-estimating revenue receipts every fiscal.”

The economy had improved to 5.7 per cent growth in the April-June quarter, after consecutive years of below five per cent growth but there would be at least a year’s lag before it reflected on tax collections, he said. 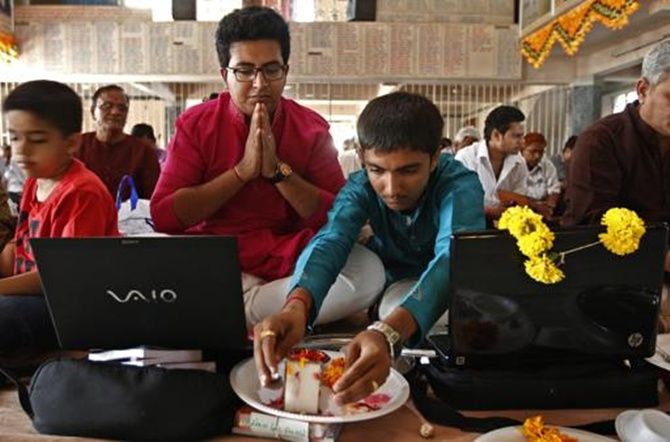 Image: The economy had improved to 5.7 per cent growth in the April-June quarter. Photograph: Reuters

“The burden of cuts will fall on capital spendings.”

The budgeted non-tax revenue for the year is Rs 2.12 lakh crore (Rs 2.12 trillion) and while capital receipts, including disinvestment, are expected to be Rs 6.05 lakh crore (Rs 6.05 trillion).

Even after Thursday’s excise duty increase on petroleum duty products, there will not be much improvement in terms of meeting the fiscal targets. Finance ministry officials said the duty increase will at most add Rs 6,000 crore (Rs 60 billion) to indirect tax revenues.

According to data from the Controller General of Accounts, net tax receipts were Rs 3.23 lakh crore (Rs 3.23 trillion) for April-September, about five per cent more than in the first six months of FY14.

“In the second half, the tax department has to garner double of what it did in the first half. As estimates have been revised downwards for some years, it will be a tough task,” said the first official quoted earlier.

And, with only five months left in the financial year, the Centre’s Rs 58,425-crore disinvestment plan has not yet taken off.

Officials now say HZL-Balco’s proposal is under consideration but a public interest suit was filed in the Supreme Court earlier this year  challenging the stake sale.

The HZL-Balco proposal was originally in the FY14 Budget but was cut out in the revised disinvestment estimates. 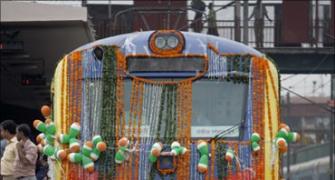 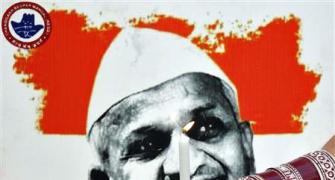 Most corrupt countries in the world; India ranks at 94 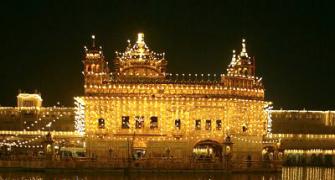 Is the worst over for the Indian economy? 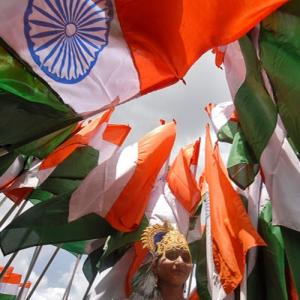