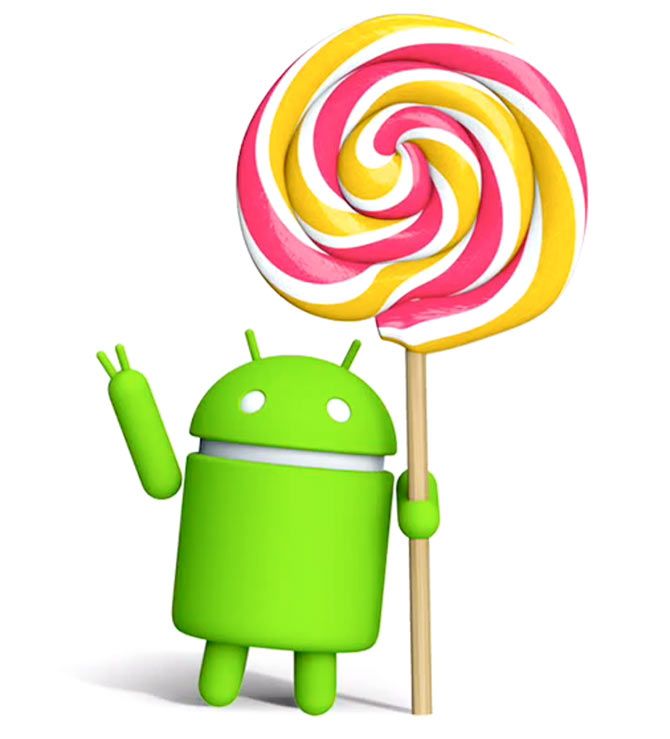 Unveiled in June this year at the Google I/O, Android Lollipop or L (5.0) has been finally rolled out for most major devices running Google's stock Android operating system.

Performance-wise, the most significant change that comes along with Android L is Android Runtime, which replaces Dalvik as the application runtime environment -- which basically converts codes into running applications.

Let's keep away from the oh-so technical aspects and take a look at the other new features that come with Android L.

Probably the biggest visual change that will give Android L a distinct look is the introduction of Material Design. The idea behind Material Design is to make sure Android users get a more interactive and responsive interface. Motion, transition, colour and response now form the backbone of animation in Android L.

As an entry on the official Google blog said: "Now content responds to your touch ... and transitions between tasks are more fluid."

The three main utility touchscreen keys are now in geometrical shapes: a triangle (back button), a circle (home) and a square (recent activity).

The product logos have also been refreshed. Users will also notice a new flattened keyboard. And moreover, every app pops or comes out of somewhere. Buttons and grids will now respond to every touch.

When Android L was announced, there were some doubts about its performance and battery backup on devices apart from the Nexus 6, which will come pre-loaded with the latest version of Android. How would devices like the Nexus 4 or Nexus 5 adapt to the update?

All these worries have been laid to rest by Google's Project Volta -- a feature that not only comes with a new battery saver mode, but also promises to provide at least 90 minutes of extra battery when the battery saver mode is on.

The system prompts the user about the battery levels as soon they reach below 15 per cent. Users can also choose to let the saver mode start on its own when the battery reaches critical levels.

The moment the battery saver mode is switched on, the screen gets encapsulated in an orange background.

The animations then become a bit jittery, but that is something negligible.

If given the choice between stuttering animation and more juice for at least 90 minutes, then we would go with the latter.

Overall, the performance of the battery has improved immensely. The lockscreen in Android L has been revamped, too. When you swipe to unlock the screen, the digital clock plunges to take you to the home screen. Users can now access notifications directly from the lockscreen. Unlike the previous notifications system, the background remains transparent when users are checking their notifications.

There is also a one-touch button to dismiss notifications.

The new notifications panel looks brilliant - replete with features that were not available in the previous versions of Android. We now have flashlight (no third-party apps required), auto-rotate and cast-screen options in the notifications hub.

Staying on the same front, one unique option is to set "priority notifications". When you press the volume rocker on the Nexus 5, you can set notification alerts.

One good update is the option to receive calls without exiting the current app. If you are in the middle of a document or spreadsheet on any other app and you have an incoming call, it appears on the top without overlapping the current app.

Coming to voice notifications, "OK Google" hotword detection has also been taken to a new level. Like the Moto X, users can now wake up their device without unlocking the screen.

The Recent Apps system -- prevalent in Android KitKat and previous versions of the OS - has been replaced by a recent activity system that comes in the form of a stack of cards.

Interestingly, any browser apps or tabs (Google Chrome, etc) you open will also line up with the stack of cards. The cards system looks and feels more smooth. You still have to either swipe or close apps using a close button on the top right.

With a new update, comes a new easter egg. Remember Flappy Bird -- the side-scroller game that became a phenomenon overnight earlier this year? While the game is no longer available on the App Store or on the Google Play Store, you can still get a taste of it in Android L's easter egg.

And you take the same route to reach the hidden easter egg. Once you reach Settings, you scroll down to the end of the list and enter About Phone (which falls under System).

Inside About Phone, you will see Android version as showing 5.0.

A quick few taps on that grid and you will enter the easter egg. Keep clicking until the screen shows you a lollipop. Every click changes its colour. And if you swipe on the lollipop once, you will enter the game. Same rules and the same level of addiction. 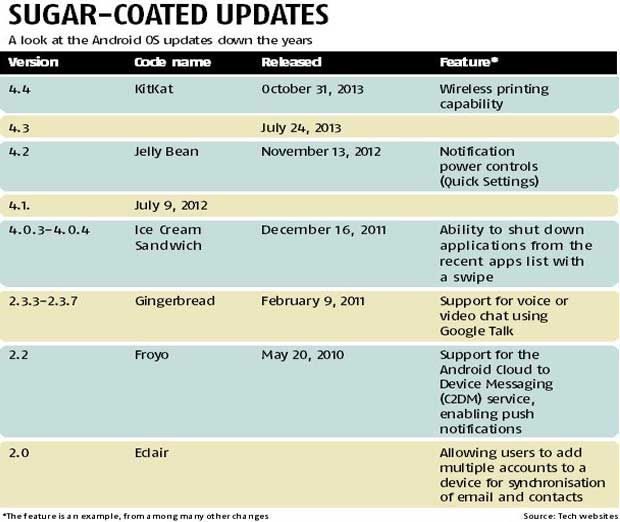 These were mainly the hits, but there are a couple of misses, too. For instance, there is no Silent mode in Android L.

Users can now keep their device on vibration mode at the most. Also, the Gallery app has been done away with. All your pictures are now under the Photos app. It will take some time to get used to the Photos app since it has different ways of categorising the albums and an auto backup feature that can be toggled on and off.

Also, Android L's usage and experience may differ from device to device. We tried out this latest update on an LG Google Nexus 5 (16GB).

The new update and its features may exhibit a different user and battery experience on devices such as the Nexus 4 or Nexus 7, or other devices running on stock Android, for instance the Moto G, Moto X and so on.