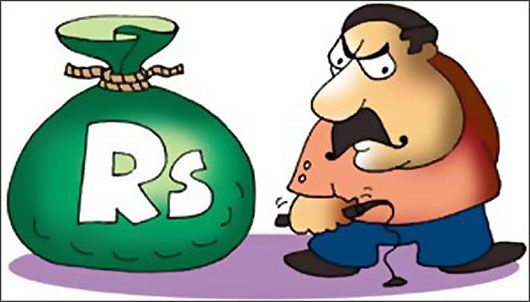 About five minutes walk from the Janakpuri West metro rail station, past an old temple, is a colony called Shanker Garden.

It appears largely residential but some buildings facing the main road have given themselves up for offices.

B-9 is a three-storeyed structure, poorly maintained and cracking away.

There is a signboard in the first floor saying SIMTECH but no sign of any other entity. The ground floor is unoccupied, with broken windows and about five inches of dust on the floor.

Cobwebs blink through the lift’s grills. After three flights of paan-stained staircases, comes a glass-doored apartment.

An illuminated board at the entrance says Henna Fabs in bold lettering; below it, in slightly smaller fonts, blink the words Dhawan Creative Prints Pvt Ltd.

Image: Rs 6,000 crore of black money remittances to Hong Kong from a Bank of Baroda branch at Ashok Vihar in Delhi.

This entity and its managing director, Gurucharan Singh, were among those named in an Enforcement Directorate (ED) press release on Tuesday, detailing its investigation into the alleged Rs 6,000 crore (Rs 60 billion) of black money remittances to Hong Kong from a Bank of Baroda branch at Ashok Vihar in this city.

The premises earlier referred to - B9, Third Floor, Shanker Garden, Vikaspuri - is the registered office of Dhawan Creative Prints, according to the records of the Union ministry of corporate affairs (MCA).

The six-year-old firm officially has a capital of Rs 1.5 crore (Rs 15 million).

According to the Federation of Indian Export Organisations (FIEO), a commerce ministry body that collates data on exporters, Dhawan Creative Prints is listed as a two-star export house. Two-star denotes firms with $25 million in annual export in two of the past three years.

Hong Kong company records show the existence of a company of the same name in the Chinese city.

Singh, among the four arrested on Tuesday in the ED case, is said to have made remittances of over Rs 15 crore (Rs 150 million) in the past six to seven months.

Business Standard could not immediately trace the corporate details of others arrested. The release itself did not name companies floated by the other three. 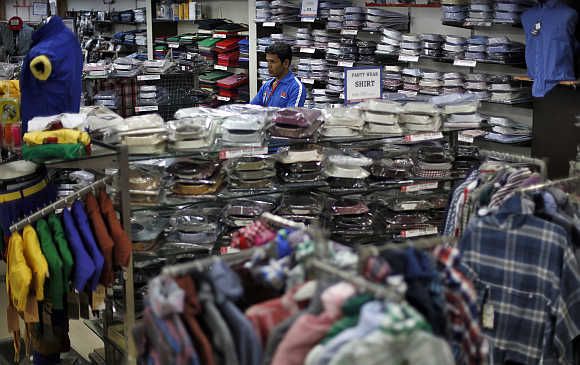 “Gurucharan Singh is the exporter of finished goods like readymade garments, fabric, etc, and used to get the duty drawback on exports made from his firm, Dhawan Creative Prints , CK Clothing, JS Hosiery. He was the main person since he used to get the drawback on the exported goods on the basis of overvalued exports. The overvaluation was to the tune of three times the original value,” the ED release had said.

The two other entities, CK Clothing and JS Hosiery, could not be traced in MCA records. However, Singh was a director in two companies whose names closely resembled these.

These were CK Fashions and TS Hosiery. And, on March 12, Singh resigned as the director of these companies. He had also resigned from TS Jewellers on the same date.

Two new directors came on board all these companies, which had a capital of Rs 1 lakh each and operated out of another building in the same Vikaspuri area.

As of date, he continued as a director in Coolmate Refrigerants, Dhawan Infratech, Dhawan Technologies and Kewal Automobiles, MCA records show.

An e-mail sent to the Dhawan group’s e-mail ID did not elicit any response. At the Shanker Garden office, a person dressed in formals identified himself as Rahul Kumar.

“I take care of the administration.” When asked about Gurucharan Singh, he said the latter was out of the city. He added that he was not authorised to share any other contact details.

The place is an apartment, converted into an office. In the middle of the hall, there is a reception desk.

To its right, there is an upholstered sofa for visitors. Glass partitions separate a small conference room on the left. An attendant is sitting quietly and looking into his palms.

The room where Kumar was chatting with another person is full of empty chairs. A gas stove could be seen in what would otherwise have been a kitchen.

Apart from the three, the entire floor is empty. When asked where the people working there were, Kumar said, “They are in the field.” “You have a fabric printing business; what is there in the field?” He says he can't give any details about the office.

Asked about the Bank of Baroda case, he gets worked up: “Woh TV waalon ko bula ke laye. Itna chota cheez ko bada karke hamara badnaam kar rahe (They brought along the TV people. Such a small thing has been blown up to defame us).”

Kumar, who said he was with the group for four years, offered a mobile number but when dialled, it gave a “does not exist” message.