Amritha Pillay finds out what keeps state-run oil companies, one of the largest employers of sports champions, from making them the face of their brands. 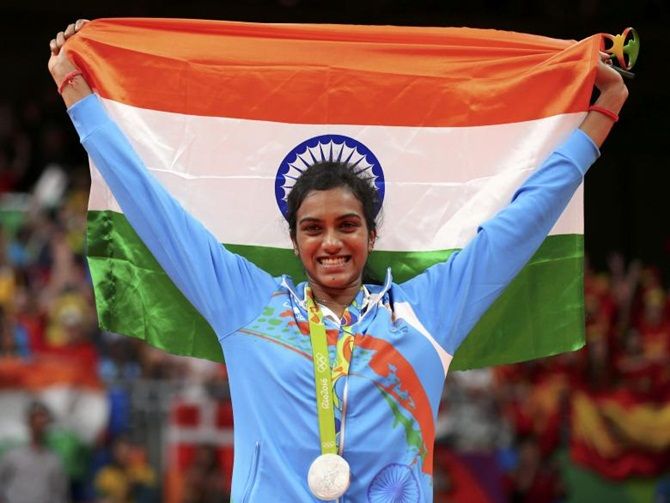 IMAGE: P V Sindhu does not lead any campaign for her employer and neither did BPCL run any special campaigns around the Olympics. Photograph: Reuters

Run through the rolls of any Indian public sector unit (PSU) and it will be impossible to scroll down without hitting a couple, if not more, sports stars from almost every game that India plays.

Cricketers, badminton and tennis players and gymnasts – these companies have them all.

Yet, even as global and local brands woo them with staggering sums for their presence at events or, for television commercials, the employer PSUs steer clear of using the star power of their star employees.

Both are employed with oil PSUs - little surprise then that on August 19 when Sindhu won her silver at Rio, petroleum minister Dharmendra Pradhan was cheering the loudest at a special screening organised by Sindhu’s employer Bharat Petroleum Corporation (BPCL) in Mumbai.

But Sindhu does not lead any campaign for her employer and neither did BPCL run any special campaigns around the Olympics. 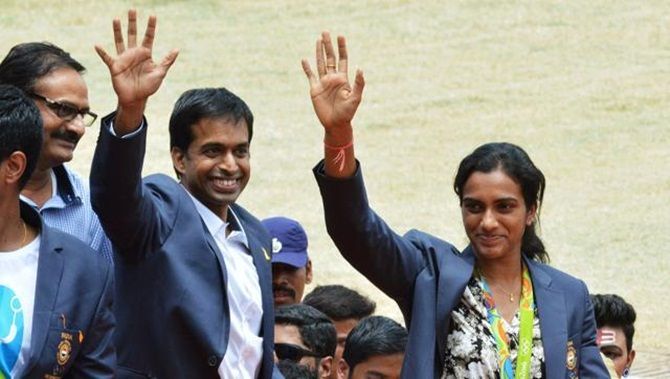 P Gopichand, the coach who is the toast of the hour, is employed with Indian Oil Corporation (IOC). International badminton player, Ashwani Ponappa, cricketer Rohit Sharma, cueist Pankaj Advani - the list is a long one.

State-owned organisations have always been big employers of sports persons as part of their commitment towards building the country’s sporting capabilities.

But even though the champion-employees have been occasionally used for public service campaigns or internal communication initiatives, they have never been used to helm corporate or product campaigns.

Here is why, according to one oil sector PSU. “The primary purpose of recruiting sports persons is for promotion of sports and games and for competing,” said an Oil and Natural Gas Corporation (ONGC) spokesperson in an e-mailed response.

ONGC had 167 sportspersons on its rolls as on August 31, this year. 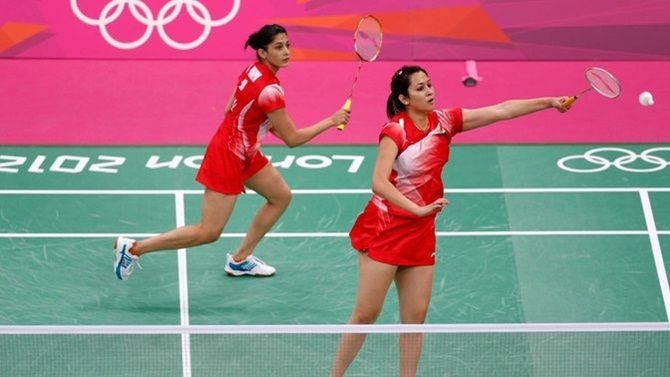 But as its spokesperson makes clear there are no plans to use them for any external branding or marketing.

BPCL did not respond to queries, but it has 67 sportspersons on its employee list and is also unlikely to ever use any of them to drive a brand campaign for the same reasons. The company has however used both Jwala Gutta and PV Sindhu for on-the-ground promotions for its ‘Give it up’ campaign urging people to surrender their subsidised LPG connections.

Brand experts say that the reluctance to rely on in-house icons run deeper. Some do not see them as the right candidates to appeal to their target audience.

“The reason they have not been used so far is they do not fit well with the target audience,” said an official from one of the oil marketing companies.

Surprising, given the rising power of players as influencers.

According to a Euromonitor white paper released in the run-up to Rio Olympics (Sports fandom culture: Global viewing habits and consumption), “Sports fandom is more popular than ever, as sports increase their international reach through TV and streaming”. The report adds that people are watching sports on multiple devices offering brands many points of interconnect with consumers and thereby widening their circle of influence.

Interestingly, the oil ministry did toy with the idea of using sports persons for public awareness campaigns.

“There was a directive from the government to use them for campaigns like the one to give up one’s LPG connection, but nothing much happened,” said another employee with an oil marketing company.

Many believe that marketing budgets could be a hurdle.

Most of the current champions are too expensive for PSUs and the sports stars, in turn, may not be willing to waive their fees for their employers.

However, neither the companies nor the stars were available for comment on this issue.

Still, it is not as if no state run company has hired a sports star to promote its brand. 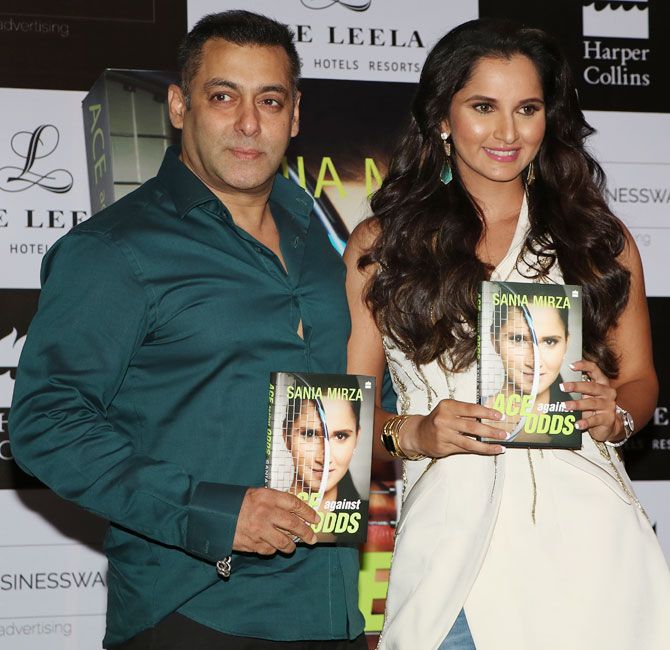 IMAGE: Most of the current champions are too expensive for PSUs and the sports stars, in turn, may not be willing to waive their fees for their employers. Photograph: Hitesh Harisinghani/Rediff.com

In 2005, HPCL signed tennis player Sania Mirza to endorse its retail brands, but Mirza was not an employee of the company and would presumably have been hired at market rates.

“They should definitely leverage as they are an asset to India. But that would be definitely a different assignment (for the champions), because there is a brand value for it,” Kapoor said.

So far, IOC appears to be the sole public sector utility likely to consider Kapoor’s suggestion.

“Definitely, we may use these sports persons as our brand ambassadors. But no immediate plans,” said a spokesperson for the company which had 72 active sportspersons on its rolls in financial year 2015-16.

IOC is employer to badminton player P Gopichand and cricketer Rohit Sharma and both have an enormous fan following that cuts through age and income groups.

If the company does decide to use their brand power, it could well trigger a new trend in PSU branding.